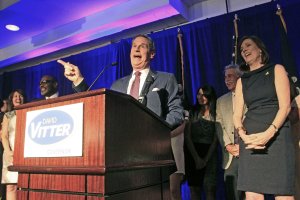 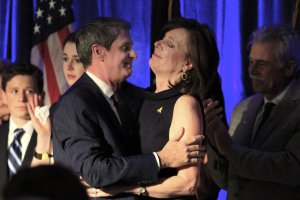 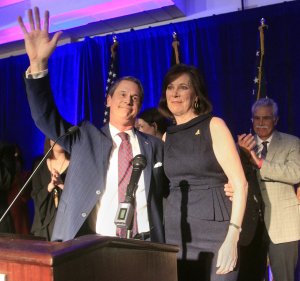 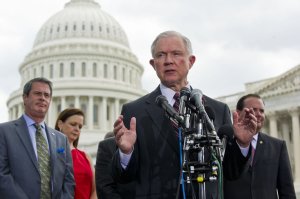 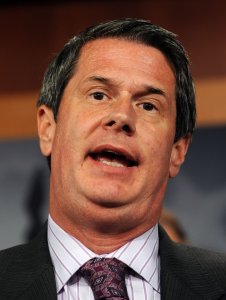 U.S. News // 2 years ago
Edwards fails to avoid runoff for Louisiana governor
Democratic Louisiana Gov. John Bel Edwards fell short of the 50 percent threshold to avoid a runoff Saturday with one of two Republicans in his re-election bid.

U.S. News // 5 years ago
GOP, Democrats battle in Louisiana for last open U.S. Senate seat
After a year of campaigning and rhetoric that ended in a bitterly divisive election, Republicans and Democrats are making one more push for 2016's final race.

U.S. News // 5 years ago
Students protest presence of David Duke at final Louisiana Senate debate
Students and police clashed during a protest of David Duke's appearance at a debate for the state's open seat in the U.S. Senate at Dillard University.

U.S. News // 5 years ago
Kaine, other senators take sides in clash over nuclear arms
Competing groups of senators are laying out arguments over how much to spend on nuclear arms.

U.S. News // 5 years ago
EPA to get greater control over chemicals used in everyday products
The EPA will have increased power over the regulation of thousands of chemicals after President Obama signs into law a bill that passed the Senate on Tuesday.

World News // 7 years ago
Federal agents crack down on 'anchor baby' industry
A federal raid on dozens of "maternity hotels" in Southern California uncovered records, computers and even diaper boxes from the apartments of pregnant Chinese women on tourist visas who used brokers to travel to the United States to give birth to their children.

Louisianans have gotten way too many easy spoken assurances from FEMA over the last four years that didn't mean anything,

I have a hold on the FEMA nomination because I sent a list of hurricane recovery questions and projects to FEMA, many of which have not been adequately addressed

I will say this: I have people in Louisiana encouraging me to consider it

This was a very serious sin in my past for which I am, of course, completely responsible

I believe your fiscal 2008 budget proposal would be a step back from that commitment, however unintended

David Bruce Vitter (born May 3, 1961) is the junior United States Senator from Louisiana and a member of the Republican Party. Formerly a member of the United States House of Representatives, first elected in 1999, representing the suburban Louisiana's 1st congressional district, Vitter was elected to the Senate in 2004.

Vitter was born and reared in New Orleans. He attended Harvard University for his undergraduate studies and Tulane University for law school in addition to winning a Rhodes Scholarship to University College, Oxford. He served as a member of the Louisiana House of Representatives before entering the U.S. House.

Vitter has identified himself as a political conservative throughout his political career. His legislative agenda includes positions ranging from pro-life to pro-gun rights while legislating against gambling, same-sex marriage, federal funding for abortion providers, increases in the State Children's Health Insurance Program, the United Nations, and amnesty for America's illegal immigrants. Vitter's stated positions include a balanced budget constitutional amendment, abolishing the federal and state estate tax, increasing local police forces, and an assortment of health care, tax and national defense reforms.

FULL ARTICLE AT WIKIPEDIA.ORG
This article is licensed under the GNU Free Documentation License.
It uses material from the Wikipedia article "David Vitter."