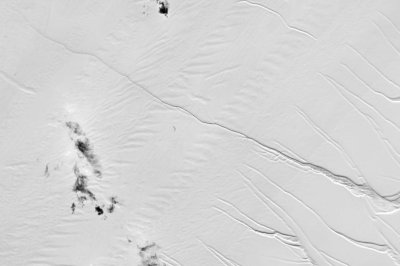 Wilkins Ice Shelf is the most recent in a long, and growing, list of ice shelves on the Antarctic Peninsula that are responding to the rapid warming that has occurred in this area over the last fifty years

There's so much trouble in the world today, we are needed to brighten things up and put the smile back on people's faces

Are humans responsible? We can't say for sure, but we are one step closer to answering this important question

David Vaughan (1944 - 2003) , He was born on the 8th May 1944 in Manchester, Lancashire, England. He went on to be a psychedelic artist who did work for the Beatles in the early 1960s, as well as work for Expo 67, Lord John in Carnaby Street, David Bailey (photographer) used his work for a series of posters. He was also in charge of London's Roundhouse he booked Jimi Hendrix for his first British gig for the grand sum of £50.

Vaughan was the son of two factory workers, he studied art in Ashton-under-Lyne and Bradford before moving to London. While he was working from a cradle on a giant mural a rope let go, he was unhurt but badly shaken, his friends gave him some LSD to "calm him down" which in fact flipped his mind. He then spent three years as a down and out before getting his life back on track with a new wife, to whom he was married to for over 30 years. He is father of the actress Sadie Frost.

David died on the 4th December 2003 whilst awaiting a liver transplant.

FULL ARTICLE AT WIKIPEDIA.ORG
This article is licensed under the GNU Free Documentation License.
It uses material from the Wikipedia article "David Vaughan."
Back to Article
/