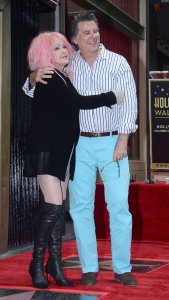 David Thornton (born 1978 in Nottingham) is a British solo euphonium player for the Black Dyke Band.

Thornton began learning the euphonium at the age of eight and was soon after accepted as the first ever euphonium student at Chetham's School of Music in Manchester, England. During this time he held the principal euphonium position of the National Youth Brass Band of Great Britain. David went on to the Royal Northern College of Music, where he studied with Steven Mead, graduating in 2000. In July 2000 he was appointed as principal euphonium of the Black Dyke Band.

FULL ARTICLE AT WIKIPEDIA.ORG
This article is licensed under the GNU Free Documentation License.
It uses material from the Wikipedia article "David Thornton."
Back to Article
/