Odd News // 6 years ago
Holiday display breaks Guinness record for lights
A New York state family retook the Guinness World Record for most lights on a residential property with a holiday display featuring more than 600,000 bulbs. 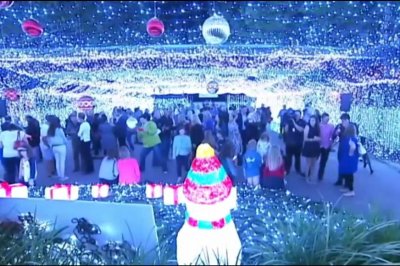 I think militarily there is a case for more troops

I am concerned that NATO nations will assume the same level of risk in 2007, believing they can get away with it

Pakistan is assisting Afghanistan in the fight against terrorism and extremism, besides hosting over 2.5 million Afghan refugees

By this time next year I would understand if a lot of Afghans, down in the south in particular, said to us all, 'Listen, you're failing year after year at delivering the improvements which you have promised to us

A standout at Highland Park High School in Dallas, Texas, the 6-foot-5, 310-pound Richards was the first lineman to be named Parade Magazine's National High School Player of the Year in 1983.

In college, he was an All-Southwest Conference selection at guard as a sophomore at Southern Methodist University. The following season, he earned All-SWC honors as a tackle at SMU.

FULL ARTICLE AT WIKIPEDIA.ORG
This article is licensed under the GNU Free Documentation License.
It uses material from the Wikipedia article "David Richards."
Back to Article
/