U.S. News // 4 months ago
Sally brings floods to Gulf Coast; Florida bridge breaks away
A section of a bridge over Pensacola Bay in Florida broke off Wednesday after Hurricane Sally caused a construction crane to topple onto the span, local emergency officials said. 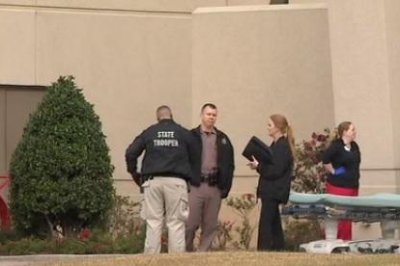 U.S. News // 1 year ago
Gunman who killed 3 at Florida Navy base was Saudi aviation student
A gunman who shot several people at a U.S. naval base in Pensacola, Fla., on Friday, killing three, was a Saudi aviation trainee, local officials said.

NFL // 2 years ago
Fantasy Football Who's In, Who's Out: Week 15 NFL injury report
The Philadelphia Eagles haven't exactly been forthcoming this week as the drama surrounding quarterback Carson Wentz's back injury intensified.

NFL // 2 years ago
Fantasy Football Who's In, Who's Out: Week 13 NFL injury report
Despite being listed as doubtful for Sunday, Baltimore Ravens head coach John Harbaugh left open the possibility that quarterback Joe Flacco could be available.

NFL // 2 years ago
Fantasy Football Who's In, Who's Out: Week 12 NFL injury report
New York Jets rookie quarterback Sam Darnold will miss another game Sunday because of a foot injury and won't play against the New England Patriots.

NFL // 2 years ago
Fantasy Football Who's In, Who's Out: Week 11 NFL injury report
Call it a week of mystery surrounding the availability of Baltimore Ravens quarterback Joe Flacco for Sunday's crucial division game vs. the Cincinnati Bengals.

NFL // 2 years ago
Fantasy Football Who's In, Who's Out: Week 3 NFL injury report
Here is a complete roundup of each Week 3 injury report for all NFL teams headed into Sunday's matchups.

It was a very short time span -- in and out

Home invasions can lead to murder. It can be anything from drugs to robbery. We would be speculating at this point

It was a very short time span -- in and out

The installation of the blended winglets is part of Air New Zealand's ongoing drive to be the world's most environmentally sustainable airline. Our approach is constantly evolving as we continue to evaluate our operations and identify new opportunities and new technologies

When we created this video and discussed the scene featuring a gay male flight attendant and a rugby player with key stakeholders, including a number of the gay community, we received none of the feedback we have in the past week

David Morgan is a professor of history at the University of Wisconsin–Madison. His book The Mongols is considered a standard in the field. Originally published in 1986, a new expanded edition was published in 2007.

Morgan has written several books on Medieval history, particularly the subject of the Mongol Empire. His previous functions involved being a reader in the history of the Middle East at the School of Oriental and African Studies, London. He holds a BA from the University of Oxford and an MA and PhD from the University of London.

FULL ARTICLE AT WIKIPEDIA.ORG
This article is licensed under the GNU Free Documentation License.
It uses material from the Wikipedia article "David Morgan."
Back to Article
/