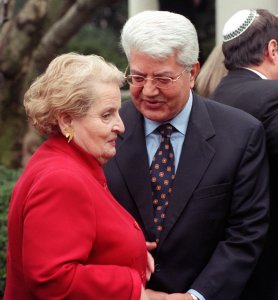 NBA // 1 year ago
Brooklyn Nets, CEO David Levy agree to part ways
David Levy stepped down as the CEO of the Brooklyn Nets, less than two months after being hired by new owner Joe Tsai.

Health News // 3 years ago
Switching from smoking to vaping could save millions of lives
Millions of cigarette smokers could live substantially longer if electronic cigarettes are embraced as a replacement for tobacco during the next decade, a new study contends.

Health News // 3 years ago
Study: Regular use of e-cigs may help smokers quit
E-cigarettes can help smokers quit, but only if they discard tobacco in favor of vaping nearly every day, a new study suggests.

Sports News // 4 years ago
Flamboyant TV sports reporter Sager dies of cancer at 65
Nearly three years after he said he was battling cancer, longtime sports reporter Craig Sager died of complications from the ailment on Thursday. He was 65. Health News // 4 years ago
New prostate technique may help men's nighttime urination
Waking to urinate at night is a common problem for men with an enlarged prostate, but a new treatment may help ease the problem, researchers are reporting.

Sports News // 5 years ago
TNT keeps Marv Albert in fold
Turner Sports on Tuesday agreed to a long-term contract extension with play-by-play broadcaster Marv Albert, who will continue to lend his iconic voice to the NBA on TNT.

When I spoke with Charles, he was apologetic for the events that transpired and it was obvious he understood the significance of this situation

Love and Sex With Robots: The Evolution of Human-Robot Relationships

David H. Levy (born 1948) is a Canadian astronomer and science writer most famous for his co-discovery in 1993 of Comet Shoemaker-Levy 9, which collided with the planet Jupiter in 1994.

Levy was born in Montreal, Quebec, Canada, on May 22, 1948. He developed an interest in astronomy at an early age. However, he pursued and received bachelor’s and master’s degrees in English literature.

Levy has discovered 22 comets, either independently or with Gene and Carolyn S. Shoemaker. He has written over 30 books, mostly on astronomical subjects, such as The Quest for Comets and his tribute to Gene Shoemaker in Shoemaker by Levy. Also, he has provided periodic articles for the magazines Sky and Telescope and Parade Magazine.

FULL ARTICLE AT WIKIPEDIA.ORG
This article is licensed under the GNU Free Documentation License.
It uses material from the Wikipedia article "David Levy."
Back to Article
/