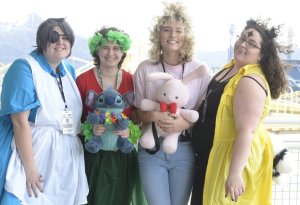 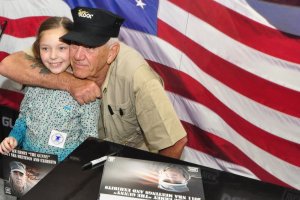 Health News // 5 years ago
Study: Cold weather can spike football injuries
NFL players are more likely to suffer concussions and ankle injuries during games played on colder days, a new study has found.
Science News // 7 years ago
First English beavers in 500 years may be breeding on Devon river
Five centuries after European beavers were hunted to extinction in England, a wild group appears to have returned, living on a river in Devon, scientists say.
U.S. News // 8 years ago
The Year in Review 2012: Anniversaries in the year ahead
We look forward to 2013 with resolutions, hopes and clean calendars, but we'll be looking back as well. A new year is always an opportunity to celebrate the anniversary of something, and plenty of remembrances are upcoming.
Science News // 8 years ago
Spacecraft data suggest water on Mercury
NASA says it Messenger spacecraft provide compelling support for a long-held theory Mercury harbors abundant water in its permanently shadowed polar craters.
Energy News // 9 years ago
Shell finds oil in deep U.S. waters
Shell announced that it encountered oil at its Appomattox discovery in the deep waters of the Gulf of Mexico in the Mississippi Canyon block.
U.S. News // 1 decade ago
Army private admits killing Taliban leader
A U.S. Army private has admitted he shot a Taliban commander in cold blood at a military detention center in Afghanistan.
U.S. News // 1 decade ago
Soldier's sanity debated in murder case
A Colorado hearing for an Army private, accused of killing a prisoner in Afghanistan, heard conflicting reports on his mental state.
U.S. News // 1 decade ago
Accused soldier delusional, parents say
A U.S. Army private accused of murder for shooting a captured Taliban commander was hearing voices, his parents say.
Odd News // 1 decade ago
Fans of young moose in dispute with state
A young moose rescued after a dog attack has become the center of a dispute between game farm owners and Vermont health officials, authorities said.
Science News // 1 decade ago
Arctic sea ice melt threatens permafrost
U.S. scientists say the rate of climate warming over northern Alaska, Canada, and Russia could more than triple during periods of rapid sea ice loss.

Our study suggests that, if sea-ice continues to contract rapidly over the next several years, Arctic land warming and permafrost thaw are likely to accelerate

We need to answer: Are the children in our community safe

David Lawrence is a Canadian actor, writer, producer and director.

Dave Lawrence was born in Calgary, Alberta in 1976. He trained at the Loose Moose Theatre from 1993 to 2001. Lawrence is best known for his headbanger character 'Terry' from the mockumentary FUBAR: The Movie and its follow-up, FUBAR II. His portrayal of the everyman 'Terry' struck a chord with both critics and film-goers, elevating him to near cult status in his native Alberta. Both were co-written and co-produced by Paul Spence and Michael Dowse. His big-screen credits include It's All Gone Pete Tong, Who is KK Downey?, and "Freezer Burn: The Invasion of Laxdale." On the small screen, he appeared in CBC's Northern Town and Doctor*ology with Leslie Nielsen. He directed his first feature film, Western Confidential, in 2009.

FULL ARTICLE AT WIKIPEDIA.ORG
This article is licensed under the GNU Free Documentation License.
It uses material from the Wikipedia article "David Lawrence."
Back to Article
/