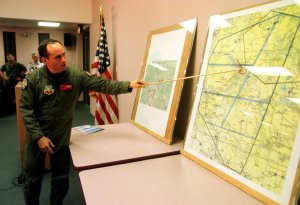 Health News // 2 years ago
New recommendation could cut costly UTI tests in half, study says
A new discovery by researchers could drastically cut down on the cost of unnecessary tests for urinary tract infections, a study says.

Health News // 4 years ago
High-dose flu vaccine may prevent deaths in seniors
Researchers at the CDC found high-dose flu vaccines may be more effective at preventing post-influenza deaths than the standard dose in seniors.
Health News // 7 years ago
Trucker is most obese occupation, doctor, dentist is least
Truck drivers, transportation, cleaning, police, firefighters and emergency responders in Washington state are the most overweight occupations, researchers say.
Defense News // 7 years ago
CMU brings infrastructure into focus
Experts on critical U.S. infrastructure are coming together this month to discuss protection of it from natural disasters and terrorist attack.
Top News // 1 decade ago
Talks end after Kenyan lawmaker's death
Talks to resolve violence in Kenya broke off Thursday after the death of an opposition lawmaker, said the United Nations, which was leading the discussions.
Science News // 1 decade ago
The Web: 'Cookies' still a growing problem
A series by UPI examining the global telecommunications phenomenon known as the World Wide Web. This week: Chances are most Internet users already harbor many "cookies," or small data files, on their computer hard drives, giving marketers a glimpse of wha
Top News // 1 decade ago
Washington Agenda-House
UNITED PRESS INTERNATIONAL
Odd News // 1 decade ago
Rock News Two: The week in pop
Taj Mahal, who has been on every edition of the Legendary Rhythm and Blues Cruise, is once again the star of this year's renewal of "the Dodge City of blues festivals."
Odd News // 1 decade ago
Rock News: Music's high and low notes
Danny Wood, former member of New Kids On The Block, will release his debut solo CD, "Second Face" (Empire Music Werks/Damage/BMG) April 15.
Sports News // 1 decade ago
NFC Championship -- Team Rosters

David K. Brightbill was born in 1865 in Lebanon County, Pennsylvania, and he came to Missouri with his parents as a boy, and then entered the Central Business college of that state in 1884. He went with an uncle to North Dakota in 1886, and became associated with the state's Republican Party. He then ran for the position of State Auditor in 1908, was re-elected in 1910, but did not seek re-election in 1912. He died at the age of 86 in 1949.

FULL ARTICLE AT WIKIPEDIA.ORG
This article is licensed under the GNU Free Documentation License.
It uses material from the Wikipedia article "David K.."
Back to Article
/