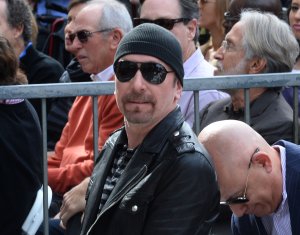 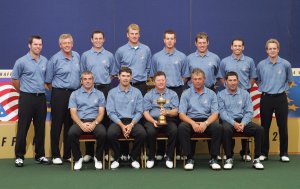 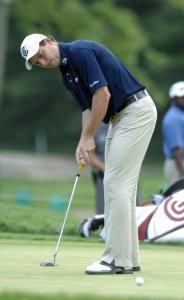 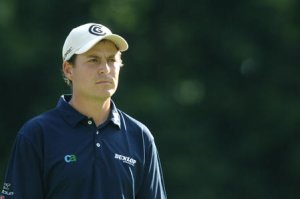 World News // 1 year ago
U2 band members invest in Irish tech fund
Two members of the Grammy-winning band U2 are backing a new technology fund in Ireland dedicated to raising about $112 million for companies in the country that produce "technology for good."

Health News // 3 years ago
Simple cognitive test could help with concussion assessments
Successfully performing a simple test of cognition could help decide whether a concussed athlete is safe to return to play, new research shows.

Hopefully that is going to be the turning point now

My caddie just gave me a telling off as I was a little disappointed to finish 5, 5

Everything went nicely for me early on and no mistakes until on the last there, but that's golf sometimes

David Arthur Russell Howell, Baron Howell of Guildford, PC (born 18 January 1936), is a British Conservative politician, journalist, and economic consultant. Having been successively Secretary of State for Energy and then for Transport under Margaret Thatcher, Howell is now a Minister of State in the Foreign Office. Along with William Hague, Sir George Young and Kenneth Clarke, he is one of the few Cabinet ministers from the 1979-1997 governments who still holds high office in the party, being its deputy leader in the House of Lords. His daughter, Frances, is married to the Chancellor of the Exchequer, Conservative MP George Osborne.

Howell is the son of Colonel Arthur Howard Eckford Howell, who lived at 5 Headford Place, London, gained the rank of Colonel in the service of the Royal Artillery and was decorated with the awards of the Territorial Decoration (TD) and Companion of the Distinguished Service Order (DSO) (son of Lieutenant Colonel Ernest Alfred Russell Howell), and wife (m. 9 April 1931) Beryl Stuart Bowater, daughter of Sir Frank Henry Bowater, 1st Baronet and Ethel Anita Fryar. His sister Jane Duncombe Howell (b. 25 May 1932) married on 30 January 1957 and divorced before 1976 Lt.-Col. Sir Peter Evan Wyldbore Gibbs (b. 1 February 1934), who was educated at Eton College, Eton, Berkshire, gained the rank of Lieutenant-Colonel in the service of the Coldstream Guards, was invested as a Knight Commander of the Royal Victorian Order (KCVO) in 1997 and lived in 1999 at Leigh House, Chagford, Devon, having remarried on 11 June 1976 E. Sally (?), formerly Mrs. Tyser, having issue from both marriages.

Educated at Eton College, Berkshire prior to going up to King's College, University of Cambridge, Cambridge, Cambridgeshire, where he graduated in 1959 with a Master of Arts (MA). He worked in HM Treasury with the Treasury Economic Section from 1959–60, in which year he wrote the book Principles to Practice, published 1960, jointly, and then spent four years between then and 1964 as a journalist, leader writer and special correspondent on The Daily Telegraph and as editor of Crossbow from 1962-64 before he unsuccessfully contested the constituency of Dudley in the 1964 general election. He then became the Director of the Conservative Political Centre between 1964 and 1966 and wrote the book The Conservative Opportunity, published 1965.

FULL ARTICLE AT WIKIPEDIA.ORG
This article is licensed under the GNU Free Documentation License.
It uses material from the Wikipedia article "David Howell."