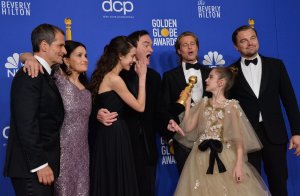 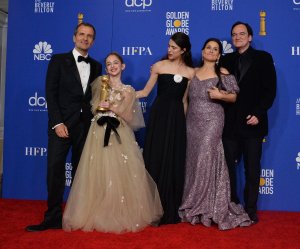 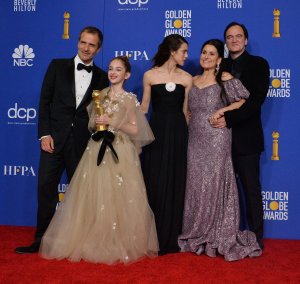 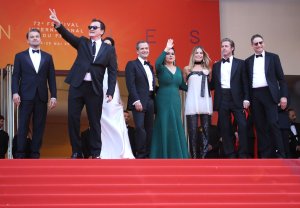 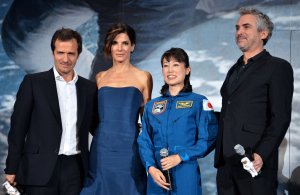 Movies // 2 months ago
Warner Bros. dates 'Wonka' prequel film for 2023
Warner Bros. has announced that a "Charlie and the Chocolate Factory" prequel, titled "Wonka," will be released on March 17, 2023.

TV // 2 years ago
Ben Whishaw to reprise 'Paddington' voice in Nickelodeon series
Actor Ben Whishaw will lend his voice to the beloved character Paddington Bear in a new animated series for preschoolers on Nickelodeon.

Movies // 4 years ago
Filmmakers reveal who is heading to Paris for 'Fantastic Beasts' sequel
David Yates and David Heyman have confirmed the four central characters from "Fantastic Beasts and Where to Find Them" will appear in the sequel.

Movies // 4 years ago
'Fantastic Beasts and Where to Find Them': What we know
Five years after the premiere of the final "Harry Potter" film, J.K. Rowling is preparing to take over movie theater box offices with a different wizard.

I am really excited that David Yates and all our cast are back for the sixth film and welcome some wonderful new additions to our ensemble. We all share a commitment to Jo Rowling and to Harry Potter fans around the world to keep making these films the best they can be and, as we head into the final installments, I can promise that this level of commitment will not waver

One of the things you'll see in the exhibit and one of the things that I love about what [production designer] Stuart [Craig] has done is the attention to detail and you get a sense of it when you watch the films, but what we're all aware of is how much more detail there is than you see in the films

On the House side, what is a little bit disappointing is that they really did keep a lot of the original stove pipes intact

The committees in the House essentially have a de facto veto

}} David Heyman (born July, 26th,1961) is a British film producer and the founder of Heyday Films. He obtained the film rights to the Harry Potter franchise in 1999 and has produced all seven installments in the series.

Heyman was born in London, England. He went to school in the United States, earning a degree in Art History from Harvard University in 1983. He is the son of John Heyman, producer of films such as The Go-Between and Jesus, and Norma Heyman, producer of Dangerous Liaisons and Mrs Henderson Presents.

He got his start in the film industry as a production assistant on David Lean's A Passage to India and in 1986, Heyman became a Creative Executive at Warner Brothers. In the late 80's, he became Vice President of United Artists and subsequently embarked on an independent producing career with his first film, Juice in 1992, followed by the cult "stoner" film The Stoned Age (1994) and others.

FULL ARTICLE AT WIKIPEDIA.ORG
This article is licensed under the GNU Free Documentation License.
It uses material from the Wikipedia article "David Heyman."
Back to Article
/