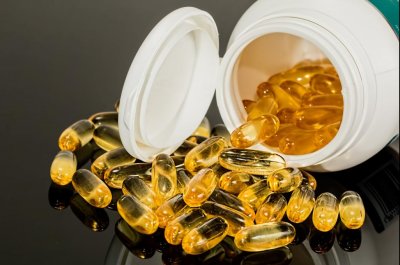 Health News // 6 months ago
Prescription-strength fish oil slows clogging in arteries, study shows
Icosapent ethyl -- a purified fish oil drug sold under the brand name Vascepa -- put the brakes on key aspects of plaque formation after nine months of use, according to early results from an ongoing clinical trial.

Health News // 2 years ago
Researchers dramatically speed up CRISPR's gene editing ability
Researchers developed a way to speed up analysis of CRISPR's edits to DNA from one at a time over several weeks to tens of thousands simultaneously.

Health News // 2 years ago
Scientists develop way to watch brain cells interact in real time
Researchers were able to look deep inside a mouse's brain in real time, which could lead to possible new treatments for neurological disorders.

Health News // 2 years ago
Will an e-cigarette harm your heart?
The nicotine in e-cigarette vapor may cause adrenaline levels to spike in the heart, resulting in serious heart risks, a new study reports.

David Geffen (born February 21, 1943) is an American record executive, film producer, theatrical producer and philanthropist. Geffen is noted for creating Asylum Records in 1970 (which was sold to the Warner Music Group who merged it with Elektra Records in 1972 to form Elektra/Asylum Records), and Geffen Records in 1980, along with his later role as one of the three founders of DreamWorks SKG in 1994.

Geffen was born in Brooklyn, New York, to Abraham Geffen and Batya Volovskaya. Both were immigrants who met in British-mandated Palestine (before the establishment of the State of Israel) and then moved to Brooklyn. Geffen graduated from New Utrecht High School in Brooklyn, then attended Santa Monica College (then known as Santa Monica City College) but soon left. He then attended night school at Brooklyn College for three semesters before again dropping out. He also briefly attended the University of Texas at Austin. His mother owned a clothing store, Chic Corsets By Geffen, in Borough Park, Brooklyn. David's older brother Mitchell Geffen was an attorney who attended UCLA Law School and later settled in Encino, California. Mitchell Geffen fathered two daughters, who are David's closest surviving relatives.

Geffen began his entertainment career in the mailroom at the William Morris Agency, where he quickly became an agent. In order to obtain the WMA job, he had to show proof of graduating college. Geffen forged a letter and submitted it to WMA. His colleagues in the mailroom included Elliot Roberts, who later became David Geffen's partner in a management company. He left William Morris to become a personal manager and was immediately successful with Laura Nyro and Crosby, Stills and Nash. In the process of looking for a record deal for young Jackson Browne, Ahmet Ertegün suggested that Geffen start his own record label.

FULL ARTICLE AT WIKIPEDIA.ORG
This article is licensed under the GNU Free Documentation License.
It uses material from the Wikipedia article "David Geffen."
Back to Article
/