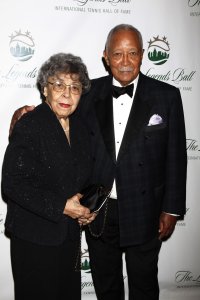 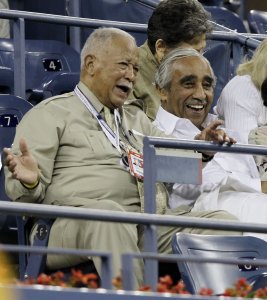 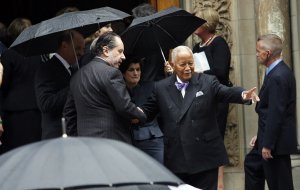 Top News // 1 year ago
The Almanac
On Nov. 7, 1919, on the second anniversary of the Russian Revolution, the first Palmer Raid results in the roundup of more than 10,000 suspected communists.

Top News // 1 year ago
On This Day: Palmer Raids against communists begin
On Nov. 7, 1919, on the second anniversary of the Russian Revolution, the first Palmer Raid results in the roundup of more than 10,000 suspected communists.

U.S. News // 5 years ago
NYPD detective paralyzed in '86 shooting remembered as superhero
Steve McDonald, a paralyzed NYPD officer who became a symbol of strength and integrity after he was shot 30 years ago, was memorialized Friday.

David Norman Dinkins (born July 10, 1927) is a former politician from New York City. He was the Mayor of New York City from 1990 through 1993, and is to date the only African American to hold that office.

Dinkins was born and raised in Trenton, New Jersey by his mother and grandmother, his parents having divorced when he was seven years old. He moved to Harlem as a child but returned to Trenton and attended Trenton Central High School, where he graduated in 1945 in the top 10 percent of his class. After graduation, he attempted to enlist in the United States Marine Corps, but was told that a racial quota had been filled. After serving briefly in the United States Army he joined the Marines.

FULL ARTICLE AT WIKIPEDIA.ORG
This article is licensed under the GNU Free Documentation License.
It uses material from the Wikipedia article "David Dinkins."