U.S. News // 8 months ago
Supreme Court declines case against doctrine shielding police
The Supreme Court on Monday declined to hear a case seeking to reexamine the legal doctrine of "qualified immunity," which shields police and government officials from some lawsuits.

U.S. News // 3 years ago
Supreme Court weighs case of same-sex marriage wedding cake
The Supreme Court will face a contentious case on Tuesday featuring a Colorado baker, Jack Phillips, who refused to bake a wedding cake for a same-sex couple.

U.S. News // 3 years ago
Justice Dept.: ACLU misled gov't on 'Jane Doe' abortion
The ACLU misled the government in the case of an immigrant seeking an abortion, the Justice Department alleged in a Supreme Court petition Friday. 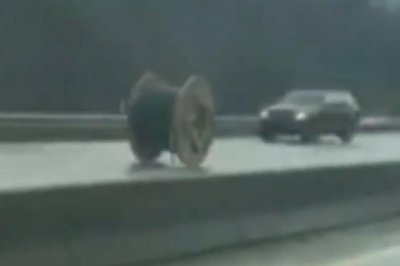 They have to come back with a very persuasive case

Chrysler has always been known as a lean and resourceful company

They will be pressed here, but they can emerge as a fundamentally sound company if they can get past this mass hysteria

GM is pretty close to where it needs to be

They're not out of the woods with their turnaround, but they're continuing to make progress

David B. Cole (3 June 1962 - 24 January 1995) was a songwriter and record producer, and was one half of the dance-music duo C+C Music Factory, which he founded with musical partner Robert Clivillés.

Robert Clivillés and David Cole also produced various hits for other artists such as Mariah Carey, Aretha Franklin, James Brown, Lisa Lisa and Cult Jam, Deborah Cooper, and many others. Cole worked closely with Richard Marx during the latter's rise to stardom, producing many of Marx's early hits.

After Cole's death in 1995, partner Robert Clivillés continued to keep C+C Music Factory going through his own production work.

FULL ARTICLE AT WIKIPEDIA.ORG
This article is licensed under the GNU Free Documentation License.
It uses material from the Wikipedia article "David Cole."
Back to Article
/