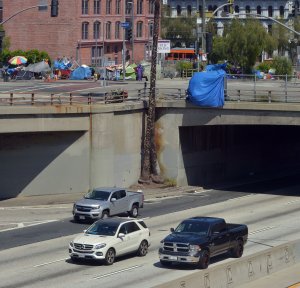 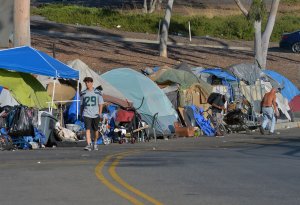 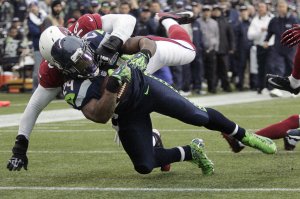 Voices // 1 week ago
If Donald Trump were convicted, Joe Biden would have to consider a pardon
President Gerald Ford's pardon of Richard Nixon after the Watergate fiasco no doubt helped Jimmy Carter win the 1976 election. But Ford was right then and right now.

Defense News // 5 years ago
U.S. Army selects Kratos for missile component deliveries
Kratos Defense & Security has received a $23.4 million contract to deliver short-range air defense Class V missile components to the U.S. Army.
Odd News // 8 years ago
Man rents his home on Airbnb, returns to find orgy
A New York comedian who thought he was renting his apartment to a family through Airbnb came home to find an orgy.
Science News // 8 years ago
Study finds 'microbial clock' may help determine time of death
A so-called microbial clock may help determine the time a person dies, research led by the University of Colorado-Boulder indicates.
U.S. News // 9 years ago
Louisiana man accused of kidnapping, rape of 7-year-old girl
A 29-year-old man from a New Orleans suburb is charged in the kidnapping and rape of a 7-year-old girl, police said.
Business News // 1 decade ago
Judge: Mattel to pay $309M in Bratz case
U.S. toy giant Mattel must pay MGA Entertainment $309 million in damages and other costs in a bitter dispute over the Bratz doll line, a federal judge ruled.
Sports News // 1 decade ago
Double eagle puts Backstrom tied for first
Joakim Backstrom, fueled with a double eagle, was among four golfers tied for first Thursday after one round of the Russian Open Golf Championship.

The chance does exist, especially as women's sports get more coverage in the Olympics

The tour has a much more international flavor to it

Based on the preponderance of the evidence, the indecency with a child did occur

Their work dealt with a number of themes, particularly Buddhist theology, Arthurian legend (and mythic themes in general), and the American west, often juxtaposed together in one song. In 2002, shortly before his death, Dave spoke of the duo's "ever-burgeoning goddess repertoire" as another lyric theme . One example of his admixture of themes may be found in the closing lines of "Happytown," the first track from the album, Tanglewood Tree:

Their first album, When I Go, was actually released as a Dave Carter album "with Tracy Grammer" and Carter sang the lead vocals on all but one of the tracks, "Kate and the Ghost of Lost Love," which was a duet. Produced by the duo, the album was recorded in Grammer's kitchen. Their second album, Tanglewood Tree, featured a more even split of singing duties, and was the first to actually be labeled as a Dave Carter and Tracy Grammer album. The album was described by Carter in an interview as "the world's first Buddhist country album." Their third album (the last released before Carter's death), Drum Hat Buddha, maintained an even split between the two on lead vocals. This album met with considerable critical success, and the pair was considered by prominent reviewers to be one of the most promising new folk acts then active . In 2002, they toured the United States with folk legend Joan Baez, who described Carter's lyric writing as "a kind of genius"

FULL ARTICLE AT WIKIPEDIA.ORG
This article is licensed under the GNU Free Documentation License.
It uses material from the Wikipedia article "David Carter."