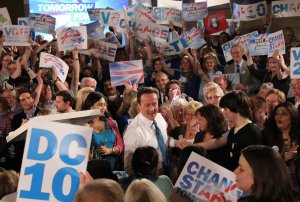 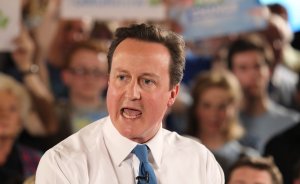 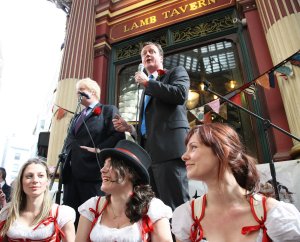 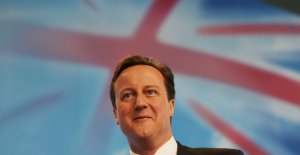 World News // 2 months ago
Conservatives win greatest majority in 32 years; Johnson vows to leave EU
British Prime Minister Boris Johnson and his Conservative Party racked up a landslide election victory in Parliament, and the leader pledged to leave the European Union by the next deadline of Jan. 31.

Voices // 1 year ago
Brexit rooted more in elite politics than mass resentment
Thirty months after the British voted to exit the European Union, or the EU, nobody knows where Brexit will end up.

Top News // 1 year ago
The Almanac
On May 6, 1937, the German passenger airship Hindenburg erupted in a fireball at Lakehurst, N.J., killing 35 of the 97 passengers and crew aboard the zeppelin.

Voices // 2 years ago
Kim Jong Un's game of chicken roulette
Kim Jong Un figures that developing a nuclear weapons system capable of pulverizing U.S. cities will ensure that he has a greater chance of survival.

World News // 2 years ago
RAF the first British branch to open close-combat roles to women
Every position in Britain's close-combat Royal Air Force Regiment became open to women on Friday -- becoming the country's first military branch to do so.

Energy News // 2 years ago
British foreign minister visits oil-rich Libya
A NATO member with a legacy of energy-related interests, the British government said it was working to ensure Libya evolves as a safe and stable partner.

Voices // 2 years ago
Where have all the leaders gone?
The British government and its American cousins are suffering from an acute absence of leaders and leadership. 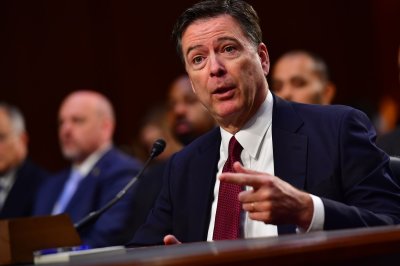 Voices // 2 years ago
Democracy at risk in U.S., Great Britain
Explosive charges were set off in Washington and Great Britain last week that have created the beginnings of what could become political avalanches.

The latest information is that the vast majority of Tripoli is now controlled by free Libyan fighters, although fighting continues -- and some of it is extremely fierce

Let me assure you of this: We are as committed to modernizing our public services as we have ever been

David William Donald Cameron (pronunciation: /ˈkæmərən/; born 9 October 1966) is the current Prime Minister of the United Kingdom, First Lord of the Treasury, Minister for the Civil Service and Leader of the Conservative Party. Cameron represents Witney as its Member of Parliament (MP).

Cameron studied Philosophy, Politics and Economics (PPE) at Oxford, gaining a first class honours degree. He then joined the Conservative Research Department and became Special Adviser to Norman Lamont, and then to Michael Howard. He was Director of Corporate Affairs at Carlton Communications for seven years.

A first candidacy for Parliament at Stafford in 1997 ended in defeat, but Cameron was elected in 2001 as the Member of Parliament for the Oxfordshire constituency of Witney. He was promoted to the Opposition front bench two years later, and rose rapidly to become head of policy co-ordination during the 2005 general election campaign. With a public image of a young, moderate candidate who would appeal to young voters, he won the Conservative leadership election in 2005.

FULL ARTICLE AT WIKIPEDIA.ORG
This article is licensed under the GNU Free Documentation License.
It uses material from the Wikipedia article "David Cameron."
Back to Article
/