Voices // 1 year ago
Alien life is out there, but our theories may keep us from seeing it
If we discovered evidence of alien life, would we even realize it? Life on other planets could be so different from what we're used to that we might not recognize any biological signatures that it produces. 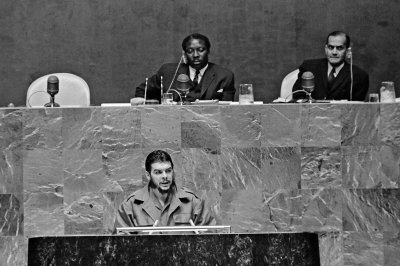 David Brewster was born at Jedburgh, where his father, a teacher of high reputation, was rector of the grammar school. At the age of twelve, he was sent to the University of Edinburgh, being intended for the clergy. However, he had already shown a strong inclination for natural science, and this had been fostered by his intimacy with a "self-taught philosopher, astronomer and mathematician," as Sir Walter Scott called him, of great local fame—James Veitch of Inchbonny, who was particularly skilful in making telescopes.

Though he duly finished his theological studies and was licensed to preach, Brewster's other interests distracted him from the duties of his profession. In 1799 fellow-student, Henry Brougham, persuaded him to study the diffraction of light. The results of his investigations were communicated from time to time in papers to the Philosophical Transactions of London and other scientific journals. The fact that other philosophers, notably Etienne Louis Malus and Augustin Fresnel, were pursuing the same investigations contemporaneously in France does not invalidate Brewster's claim to independent discovery, even though in one or two cases the priority must be assigned to others. A lesser-known classmate of his, Thomas Dick, also went on to become a popular astronomical writer.

FULL ARTICLE AT WIKIPEDIA.ORG
This article is licensed under the GNU Free Documentation License.
It uses material from the Wikipedia article "David Brewster."
Back to Article
/