Entertainment News // 2 weeks ago
Netflix: What's coming and going in April 2021
"Shadow and Bone," "Dad Stop Embarrassing Me!," "Dolly Parton: A MusiCares Tribute" and "The Circle" Season 2 are headed to Netflix.

Entertainment News // 6 months ago
Netflix: What's coming and going in October 2020
"The Haunting of Bly Manor," "Hubie Halloween," "The Trial of the Chicago 7," "Unsolved Mysteries" Volume 2 and "Blackpink: Light Up the Sky" are headed to Netflix. 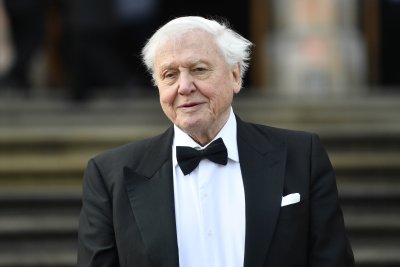 Amphibians are the lifeblood of many environments, playing key roles in the function of ecosystems, and it is both extraordinary and terrifying that in just a few decades the world could lose half of all these species

With cuts of that size, you simply can't continue the same level of output, or if you do, you are going to replace it with something very skimpy

Albatrosses have survived in the harshest marine environments for 50 million years, more than 100 times longer than our own species

Sir David Frederick Attenborough ( /ˈætənbərə/) OM, CH, CVO, CBE, FRS, FZS, FSA (born 8 May 1926 in London, England) is a broadcaster and naturalist. His career as the respected face and voice of natural history programmes has endured for more than 50 years. He is best known for writing and presenting the nine Life series, in conjunction with the BBC Natural History Unit, which collectively form a comprehensive survey of all life on the planet. He is also a former senior manager at the BBC, having served as controller of BBC Two and director of programming for BBC Television in the 1960s and 1970s.

He is a younger brother of director, producer and actor Richard Attenborough.

Attenborough grew up in College House on the campus of University of Leicester, where his father, Frederick, was principal. He is the middle of three sons (his elder brother, Richard, became an actor/film director and his younger brother, John Michael Attenborough, an executive at Alfa Romeo). During World War II his parents also adopted two Jewish refugee girls from Europe.

FULL ARTICLE AT WIKIPEDIA.ORG
This article is licensed under the GNU Free Documentation License.
It uses material from the Wikipedia article "David Attenborough."
Back to Article
/