Entertainment News // 11 months ago
What to stream this weekend: 'Onward,' 'Tales from the Loop,' new music
Here's a list of films, shows, music and video games that will be released for streaming this weekend. 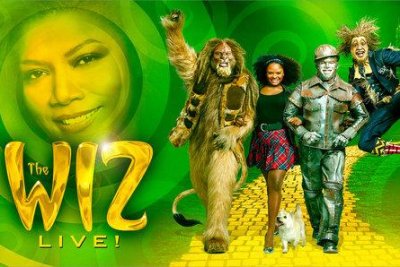 My biggest goal was to try to make Kym proud

David Alan Grier (born June 30, 1955), also known as "D.A.G." (DAG), is an American actor and comedian known for his work on the sketch comedy television show In Living Color. He hosted the Comedy Central satirical news and sketch comedy program Chocolate News from October 15, 2008 to December 17, 2008.

Grier was born in Detroit, Michigan, the son of Aretas Ruth (née Dudley) and William Henry Grier, a psychiatrist and writer who co-wrote the book Black Rage. He graduated from Detroit's premier high school, Cass Tech and received a BA from the University of Michigan, and an MFA from the Yale School of Drama. Immediately after graduating, he landed the role of Jackie Robinson in the short-lived Broadway musical The First, directed by Martin Charnin and written by Joel Siegel.

Grier got his start on the National Public Radio radio drama adaptation of Star Wars in 1980. He was the voice of a nameless X-Wing fighter pilot during the Battle of Yavin. Grier was nominated for a Tony Award for Best Featured Actor in a Musical and won the Theatre World Award for The First. He later starred as James "Thunder" Early in the hit Broadway musical Dreamgirls. Grier made his film debut in 1983 in Streamers, directed by Robert Altman. He won the Golden Lion for Best Actor at the Venice Film Festival for the film. He also appeared in the Negro Ensemble Company production A Soldier's Play and reprised his role in the film version A Soldier's Story. Although primarily known for his dramatic work, Grier began to shift towards comedy, making memorable appearances in the cult films Amazon Women on the Moon and I'm Gonna Git You Sucka. Keenen Ivory Wayans, the director of Sucka, cast Grier in his new variety show In Living Color. It became a ratings hit and won an Emmy for Outstanding Variety Series. Grier became a popular cast member through his characters, which ranged from hyperactive children to crotchety old men. Among his prominent characters were obnoxious, megaphone-blaring shop teacher Al MacAfee; the elderly Mr. Brooks, whose autumn years are a never-ending verbal battle with his wife; Calhoun Tubbs, a blues musician with very limited creativity; a member of Funky Finger Productions, a production company with more ambition than resources; and, most famously, flamboyant and proud homosexual Antoine Merriweather in the recurring sketch 'Men On Film'. He also played Rev. Leon Lonnie Love on the TV series Martin. After his success on the show, Grier began appearing in comedies such as Boomerang (as Eddie Murphy's shy friend Gerard) Blankman (with Damon Wayans), In the Army Now (as Fred Ostroff) along with Pauley Shore and Andy Dick in 1994, and as a policeman whose car is memorably crushed and eaten by a giant pod in Jumanji. Grier also gave a strong dramatic performance as an abusive father in Rusty Cundieff's horror anthology Tales from the Hood. In 1999, he made a guest appearance as himself on the Aw, Here it Goes to Hollywood episode of Nickelodeon's sitcom, Kenan & Kel.

FULL ARTICLE AT WIKIPEDIA.ORG
This article is licensed under the GNU Free Documentation License.
It uses material from the Wikipedia article "David Alan Grier."
Back to Article
/