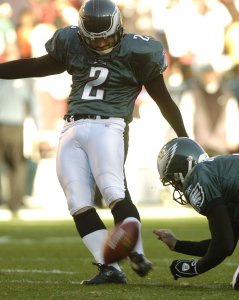 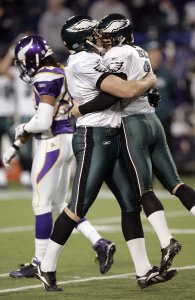 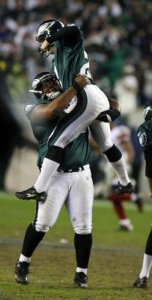 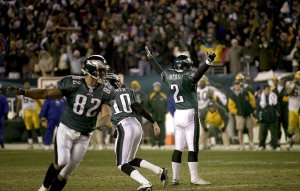 NFL // 3 years ago
Philadelphia Eagles knock off playoff-bound Dallas Cowboys in meaningless game
PHILADELPHIA -- It had the feel and the look of an NFL preseason game, as one team looked ahead to the postseason and the other to the offseason. 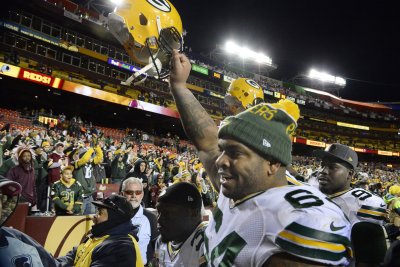 We're just letting the members of Congress know that we are not trying to walk away from the game, that we want to play

I didn't miss the first one. It went straight and it just dropped short

David Roy Akers ( /ˈeɪkərz/; born December 9, 1974) is a left footed American football placekicker for the San Francisco 49ers of the National Football League. He was signed as an undrafted free agent by the Atlanta Falcons in 1997. He played college football at Louisville.

Akers has also been a member of the Carolina Panthers, Washington Redskins, Berlin Thunder, and Philadelphia Eagles. He has made the Pro Bowl five times in his career.

FULL ARTICLE AT WIKIPEDIA.ORG
This article is licensed under the GNU Free Documentation License.
It uses material from the Wikipedia article "David Akers."
Back to Article
/