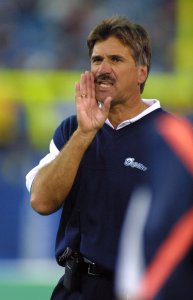 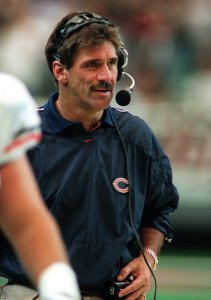 It's time for A.J. to get an opportunity and see what he can do

Dave Wannstedt (born May 21, 1952 in Baldwin, Pennsylvania) is current Assistant Heach Coach/Inside Linebackers Coach for the Buffalo Bills in the National Football League. He was most recently head coach of the University of Pittsburgh football team, a position he held for six seasons. Wannstedt is also the former head coach of the Miami Dolphins and Chicago Bears of the NFL. He also was a long-time assistant to Jimmy Johnson with the Dallas Cowboys, Miami Hurricanes, and Oklahoma State Cowboys as well as an associate of Johnson when both were assistants at the University of Pittsburgh in the 1970s.

Wannstedt was born in Baldwin, Pennsylvania and attended Baldwin High School. He earned an athletic scholarship to the University of Pittsburgh playing offensive tackle and blocking for future Heisman Trophy winner Tony Dorsett. After a successful career with the Panthers, he was chosen in the 1974 NFL draft by the Green Bay Packers, but spent his only NFL season on the injured reserve list with a neck injury.

In 1975, Pitt coach Johnny Majors hired him as a graduate assistant coach. He was on the staff when the Panthers won the 1976 NCAA Division I-A national football championship with a victory over the Georgia Bulldogs in the 1977 Sugar Bowl. In 1977, Jimmy Johnson joined the staff of the Pitt Panthers and the two would forge a long lasting personal and professional bond. When Johnson left to become the head coach of the Oklahoma State Cowboys in 1979, he invited Wannstedt to join his staff.

FULL ARTICLE AT WIKIPEDIA.ORG
This article is licensed under the GNU Free Documentation License.
It uses material from the Wikipedia article "Dave Wannstedt."
Back to Article
/