MLB // 1 month ago
Dodgers win on 93-mph walk-off throw from outfield
Chris Taylor launched a 93.3-mph throw from the outfield to get a would-be game tying run out at the plate and give the Los Angeles Dodgers a walk-off win against the San Diego Padres. 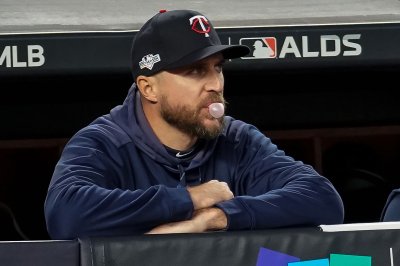 MLB // 1 year ago
Dodgers draw five straight walks to beat Diamondbacks
The Los Angeles Dodgers literally walked to a victory against the Arizona Diamondbacks by drawing five consecutive free passes in a 5-4 win.

The purpose of the trip for me was to explore solitude, to experience wilderness directly

David Wayne Roberts (born February 17, 1951 in Lebanon, Oregon) was a Major League Baseball player from 1972 to 1982 for the San Diego Padres, Texas Rangers, Houston Astros, and Philadelphia Phillies. Roberts, a third baseman, played college baseball for the University of Oregon. He was the number one overall pick in the 1972 Major League Baseball Draft, and made his Major League debut with the Padres the same day he was drafted, skipping the Minor Leagues entirely. He was the sixth player to go straight to the Major Leagues after being drafted without spending a day in the minors.

He was inducted into the Oregon Sports Hall of Fame in 1994.

His career overlapped with another Dave Roberts, who was a pitcher for 11 Major League teams from 1969 through 1981. They both played for the Padres, although not at the same time. This would have occurred had the Padres not traded the Dave Roberts who was a pitcher just prior to the Padres signing of this Dave Roberts in 1972. If this trade had not occurred, it would have been among the few occasions where a team's roster featured two unrelated players with the same name.

FULL ARTICLE AT WIKIPEDIA.ORG
This article is licensed under the GNU Free Documentation License.
It uses material from the Wikipedia article "Dave Roberts."
Back to Article
/