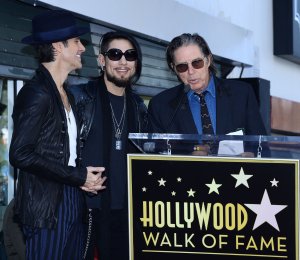 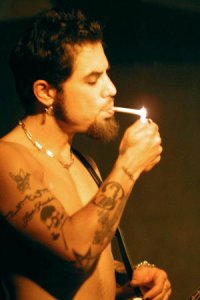 Movies // 8 months ago
'Rape of 2 Coreys' premieres in LA; Charlie Sheen denies allegations
Actor and filmmaker Corey Feldman hosted the premiere of his new documentary, "(My) Truth: The Rape of Two Coreys," in Los Angeles on Monday.

David Michael "Dave" Navarro (born June 7, 1967) is an American guitarist, singer-songwriter and actor. He is best known as a founding member of the alternative rock band Jane's Addiction, with whom he has recorded four studio albums, and as a former member of the Red Hot Chili Peppers. Navarro has also been a member of the Jane's Addiction spin-off bands, Deconstruction and The Panic Channel, and released a solo album, entitled Trust No One, in 2001.

FULL ARTICLE AT WIKIPEDIA.ORG
This article is licensed under the GNU Free Documentation License.
It uses material from the Wikipedia article "Dave Navarro."
Back to Article
/