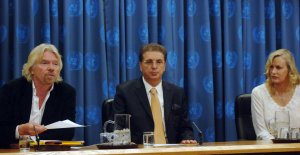 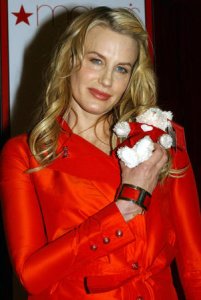 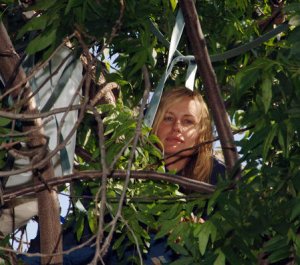 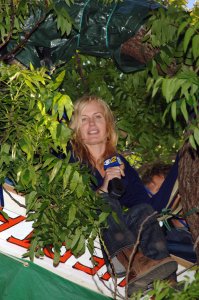 TV // 3 years ago
Netflix responds to 'Sense8' renewal campaign
Netflix acknowledged it is aware of the fan support for {i:Sense8}, but emphasizes the love is not enough to revive the sci-fi series.

TV // 3 years ago
Netflix cancels 'Sense8' after two seasons
Netflix has declined to renew its sci-fi drama "Sense8" for a third season.

Top News // 3 years ago
The Almanac
On Dec. 3, 1984, poison gas leaked at a Union Carbide pesticide factory in Bhopal, India, in the world's worst chemical disaster. Government officials set the death toll at 3,787.

Sometimes it's necessary to sacrifice your freedom for a greater freedom. And we want to be free from the horrible death and destruction that fossil fuels cause, and have a clean energy future

Daryl Christine Hannah (born December 3, 1960) is an American film actress. After making her screen debut in 1978, Hannah starred in a number of Hollywood films throughout the 1980s notably Blade Runner, Splash, Wall Street and Roxanne and in 2003-4 received acclaimfor her role in the Kill Bill series.

Hannah was born in Chicago, Illinois, the daughter of Susan Wexler, a producer, and Don Hannah, a tugboat and barge company owner. Her parents divorced shortly after her birth and her mother remarried Jerrold Wexler, a businessman and brother of Haskell Wexler, a noted cinematographer. She grew up with siblings Don and Page Hannah, as well as half-sister Tanya Wexler, in Long Grove, Illinois.

Hannah became interested in movies at a young age, partly due to insomnia. She was very shy and diagnosed as "borderline autistic." Hannah attended the private Francis W. Parker School (where she played on the boys soccer team) and the Latin School of Chicago before enrolling at the University of Southern California.

FULL ARTICLE AT WIKIPEDIA.ORG
This article is licensed under the GNU Free Documentation License.
It uses material from the Wikipedia article "Daryl Hannah."
Back to Article
/