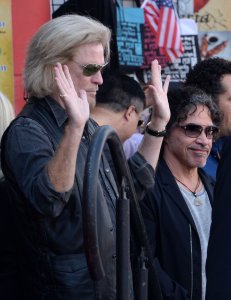 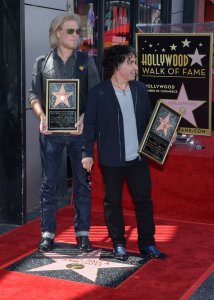 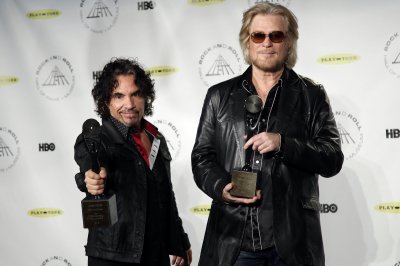 Top News // 4 years ago
The Almanac
On Oct. 11, 1910, former President Theodore Roosevelt became the first U.S. president to take flight in an airplane.

Daryl Hall (born October 11, 1946) is an American rock, R&B and soul singer, keyboardist, guitarist, songwriter and producer, best known as the co-founder and lead vocalist of Hall & Oates (with guitarist/songwriter John Oates) who scored several Billboard chart hits in the 1970s and early '80s and is widely regarded as one of the best blue eyed soul singers of his generation. Guitarist Robert Fripp, who collaborated with him in the late 1970s and early '80s, has written, "Daryl's pipes were a wonder. I have never worked with a more able singer." Since late 2000s he has hosted the web television series, Live From Daryl's House. He was inducted into the Songwriters Hall of Fame in 2004.

Daryl Franklin Hohl was born in Pottstown, a Pennsylvania borough 40 miles from Philadelphia. Working as paperboy at age seven and as a waiter at seventeen, he started a recording career during and after attending Owen J. Roberts High School, from which he graduated in 1964 and entered Philadelphia's Temple University, majoring in music, while working with Kenny Gamble and Leon Huff as both an artist and session musician. Pursuing his goals in the big city, Hall quickly formed creative affiliations with such artists as Smokey Robinson, the Temptations and many other top soul singers of the 1960s.

In 1967, he met John Oates, also a college student from Temple, and embarked on a 30-odd year creative journey. According to Daryl Hall they met when, "We got in the middle of a fight at a dance - I have no idea what the fight was about. I guess the Greek letters on one gang's jackets didn't appeal to the other gang. We both beat it out the back and met on the elevator while leaving the place rather quickly." Hall was already a senior, while Oates was a freshman, and both had played it out temporarily, until Oates transferred schools, at only 19. Daryl did not let this discourage his musical career as he worked in a short-lived rock band Gulliver. By 1969, just one year after his dropout from college, Hall went back to concentrating on recording other artists, which led them into signing their very first record contract, early in 1972.

FULL ARTICLE AT WIKIPEDIA.ORG
This article is licensed under the GNU Free Documentation License.
It uses material from the Wikipedia article "Daryl Hall."
Back to Article
/