Entertainment News // 2 years ago
Adam Driver, Kylo Ren from 'Last Jedi,' to star in Broadway revival of 'Burn This'
Adam Driver is to headline the first revival of Lanford Wilson's "Burn This" on Broadway. 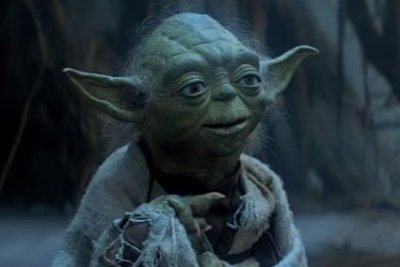 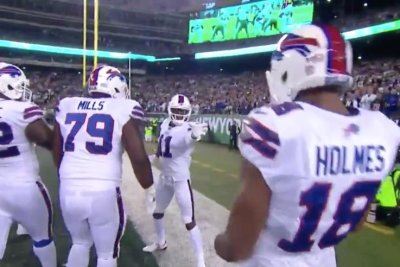 Odd News // 3 years ago
'Comic-con bandit' targets Colorado banks dressed as Darth Vader and Black Panther
The FBI and local authorities in Colorado are seeking a costumed man believed to responsible for a pair of bank robberies.

Darth Vader (also known as Anakin Skywalker) is a central character in the Star Wars saga, appearing as the chief antagonist in the original trilogy and one of the main protagonists in the prequel films. He is first depicted as Darth Vader, a Dark Lord of the Sith in the first of the three original films. He is then revealed in Star Wars Episode V: The Empire Strikes Back and in the subsequent prequel films to be originally a Jedi Knight called Anakin Skywalker who falls to the dark side of the Force; he is also revealed to be the father of both Luke Skywalker and Princess Leia Organa, the two main protagonists of the original trilogy. Luke ultimately redeems his father in Star Wars Episode VI: Return of the Jedi, and Anakin sacrifices himself to save his son.

The character was created by George Lucas and numerous actors have portrayed him. His appearances (in one form or another) span all six Star Wars films, and in the expanded universe of television series, video games, novels, literature and comic books. He has also had an impact on popular culture such as politics and television, being commonly regarded as a synonym of evil. Psychiatrists have even considered him as a useful example to explain borderline personality disorder to medical students.

The first draft of Star Wars includes a tall, grim general named Darth Vader; the character came closer in line with his final depiction in the second revision. A character named "Annikin Starkiller" also appears in an early draft of Star Wars, playing a role similar to Luke Skywalker's, as the 16-year-old son of a respected warrior. Vader's mask was originally designed by Ralph McQuarrie as part of Vader's spacesuit, and not intended to be part of the regular costume. After Star Wars Episode IV: A New Hope was successful, Lucas hired science fiction author Leigh Brackett to write Star Wars II (later retitled Star Wars Episode V: The Empire Strikes Back) with him. They held story conferences and, by late November 1977, Lucas had produced a handwritten treatment called The Empire Strikes Back. The treatment is very similar to the final film, except that Darth Vader does not reveal he is Luke's father. In the first draft that Brackett would write from this, Luke's father appears as a ghost to instruct Luke. George Lucas was disappointed with the script, but Brackett died of cancer before he could discuss it with her. With no writer available, Lucas had to write his next draft himself. In this draft, he made use of a new plot twist: Darth Vader claiming to be Luke's father. According to Lucas, he found this draft enjoyable to write, as opposed to the year-long struggles writing the first film.

FULL ARTICLE AT WIKIPEDIA.ORG
This article is licensed under the GNU Free Documentation License.
It uses material from the Wikipedia article "Darth Vader."
Back to Article
/