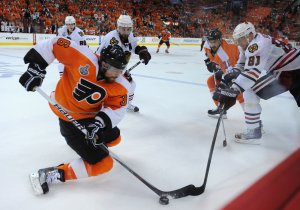 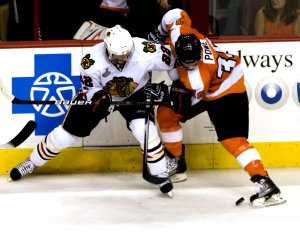 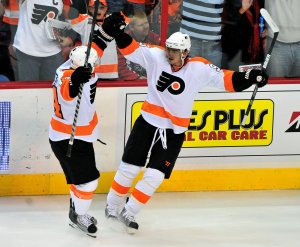 The Philadelphia Flyers signed the undrafted Powe as a free agent on April 17, 2008 after Powe had played on the Flyers American Hockey League affiliate, the Philadelphia Phantoms, in 2006–07 and 2007–08. Powe made his NHL debut on October 24, 2008 against the New Jersey Devils. After being sent back down to the Phantoms, Powe returned to the Flyers lineup for good in December and played the remainder of the 2008–09 season with the Flyers. On December 9, 2008, he scored his first career NHL goal against Yann Danis of the New York Islanders. A restricted free agent following the 2009–10 season, Powe signed a one-year contract on July 22, 2010.

FULL ARTICLE AT WIKIPEDIA.ORG
This article is licensed under the GNU Free Documentation License.
It uses material from the Wikipedia article "Darroll Powe."
Back to Article
/