NBA // 1 year ago
Nets pay visit to defensive-minded Nuggets
The Denver Nuggets won nine of their first 10 games in large part because of their defense. It has been a focus for this season, and it seems to be working well, and it was on point in Memphis on Wednesday.

NBA // 2 years ago
James Harden, Houston Rockets hold off Denver Nuggets, clinch 3rd seed in NBA playoffs
HOUSTON -- The Houston Rockets on Wednesday night clinched what long ago seemed inevitable, but that formality didn't undermine the pleasure they took in the feat.

NBA // 3 years ago
Houston Rockets beat Denver Nuggets on James Harden's late basket
HOUSTON -- Rockets All-Star guard James Harden possesses one of the more distinctive games in the NBA, with his array of step-back 3-pointers and downhill drives to the rim serving as its most identifiable characteristics.

NBA // 3 years ago
NBA roundup: recap, scores, notes for every game played on March 13
SAN ANTONIO -- Kawhi Leonard poured in 31 points to lead four teammates in double-figure scoring as the San Antonio Spurs played through a season-high 23 turnovers and defeated the Atlanta Hawks 107-99 on Monday at the AT&T Center.

NBA // 3 years ago
NBA roundup: recap, scores, notes for every game played on January 24
WASHINGTON -- Bradley Beal scored 13 of his 31 points in the fourth quarter and the Washington Wizards won their hyped matchup with the Boston Celtics 123-108 on Tuesday night. 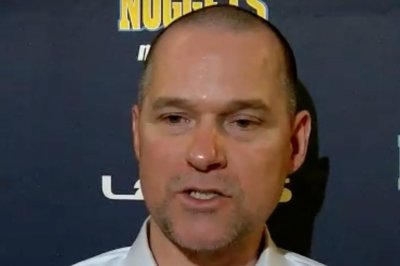 Sports News // 4 years ago
Boston Celtics use defense to beat Denver Nuggets
DENVER -- Brad Stevens was not happy with his team's defense over the past few games. 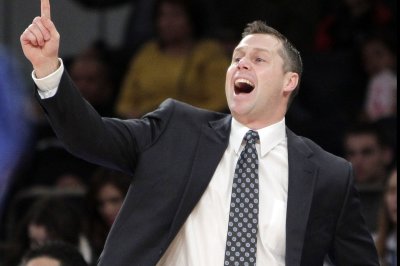 Sports News // 4 years ago
Memphis Grizzlies bear down against Denver Nuggets
MEMPHIS, Tenn. -- A few weeks ago, the ground-and-pound Memphis Grizzlies started to move more toward the NBA trend of space and pace.

Darrell Antwonne Arthur (born March 25, 1988 in Dallas, Texas) is 6'9", 230 lb (100 kg) American professional basketball player for the Memphis Grizzlies of the NBA. He plays the power forward and small forward positions. Arthur played for the University of Kansas in college for two seasons, including the 2007–2008 national championship team. Arthur was originally drafted by the New Orleans Hornets in 2008 but after two trades ended up with the Memphis Grizzlies, with whom he signed on July 8, 2008.

In high school he guided South Oak Cliff High School to back-to-back Texas 4A state titles in 2005 and 2006 and was the tournament's MVP both years. However, it was later determined that the school illegally changed player's grades to keep them eligible and the titles have since been forfeited.

Arthur was a McDonald's All-American in 2006.

FULL ARTICLE AT WIKIPEDIA.ORG
This article is licensed under the GNU Free Documentation License.
It uses material from the Wikipedia article "Darrell Arthur."
Back to Article
/