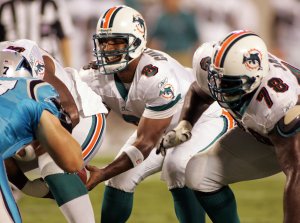 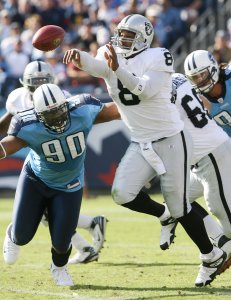 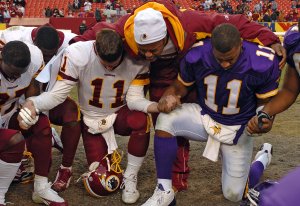 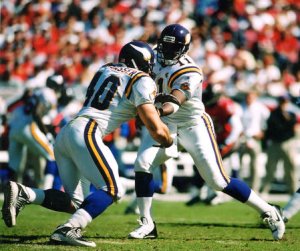 Daunte Richard Culpepper (born January 28, 1977 in Ocala, Florida) is an American football quarterback for the Detroit Lions in the National Football League. He played college football at the University of Central Florida.

A three-time Pro Bowl selection with the Vikings, Culpepper suffered a serious knee injury during the 2005 season. He has also played for the Miami Dolphins and Oakland Raiders.

Daunte was born to a mother who was in prison and adopted and raised as one of fifteen children of the late Emma Culpepper. They lived in Ocala, Florida, where he attended Vanguard High School, where he played football--coached by Alex Castaneda, one of five finalists for the 2000 NFL High School Football Coach of the Year Award--as well as basketball and baseball. In 2007, he was named to FHSAA's All-Century Team that listed the Top 33 football players in the state of Florida's 100 year history of high school football.

FULL ARTICLE AT WIKIPEDIA.ORG
This article is licensed under the GNU Free Documentation License.
It uses material from the Wikipedia article "Dante Culpepper."
Back to Article
/