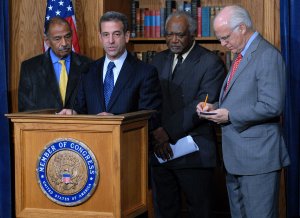 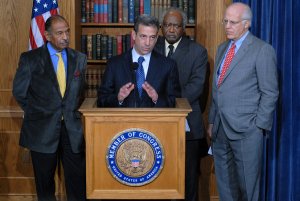 College Football // 1 year ago
Wisconsin getting boost vs. BYU
Wisconsin has received a boost with the return of wide receiver Danny Davis for Saturday's game against BYU.

Odd News // 2 years ago
New Jersey man's houseboat being carried away by ice
A New Jersey man said he and his three dogs are currently sleeping in his van after his houseboat ended up frozen in the middle of a bay.

College Football // 2 years ago
Orange Bowl: Alex Hornibrook, Wisconsin down Miami
MIAMI GARDENS, Fla. -- Alex Hornibrook passed for a career-high-tying four touchdowns to lead No. 6 Wisconsin to a 34-24 victory over No. 10 Miami on Saturday night in the Orange Bowl at Hard Rock Stadium.

College Football // 2 years ago
Shutout completes No. 5 Wisconsin's perfect regular season
MINNEAPOLIS -- Alex Hornibrook threw for three touchdowns, Jonathan Taylor ran for 149 yards and a touchdown and No. 5 Wisconsin held Minnesota to 133 yards in a 31-0 win on Saturday.

College Football // 2 years ago
Wisconsin cruises to victory at BYU
PROVO, Utah -- Alex Hornibrook threw for 256 yards and four touchdowns on 18-of-19 passing, and Jonathan Taylor added 128 rushing yards and a touchdown to lead No. 10 Wisconsin to a 40-6 victory over BYU on Saturday.

College Football // 2 years ago
Top 25: Freshman key in Wisconsin Badgers victory
MADISON, Wis. -- Freshman running back Jonathan Taylor rushed for three touchdowns to pace No. 9 Wisconsin to a 31-14 victory over Florida Atlantic on Saturday in front of an announced crowd of 77,542 at Camp Randall Stadium.

It would be difficult to generate the trust level people would have to have in me. ... It was something I wanted to do, but I said I would not take an appointment from the governor

Danny Davis was born as George Nowlan into a large Irish-Catholic family in Dorchester, Massachusetts (one of his brothers became a priest who at one time was assigned to the Vatican). When he became a professional musician, he changed his name to Danny Davis because MGM executive Harry Meseron told him that "he looked like a Danny." He took the last name Davis because it was a common name in the South.

Davis's father died when he was five years old. His mother supported the family by giving music lessons (piano and voice) in the family home.

FULL ARTICLE AT WIKIPEDIA.ORG
This article is licensed under the GNU Free Documentation License.
It uses material from the Wikipedia article "Danny Davis."
Back to Article
/