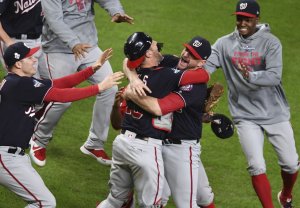 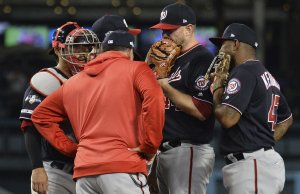 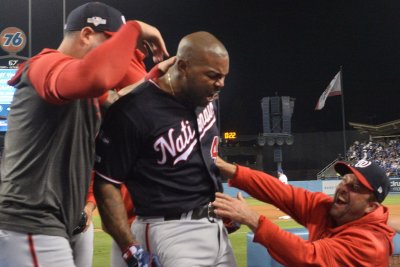 MLB // 4 months ago
Hudson, Kendrick lead Nationals over Cardinals
Pitcher Daniel Hudson recorded a six-out save and Howie Kendrick went 3 for 4 with a homer in a Washington Nationals win against the St. Louis Cardinals.

MLB // 2 years ago
Robert Stephenson powers Cincinnati Reds past Pittsburgh Pirates
Reds right-hander Robert Stephenson faced runners on second and third base with no outs in the third inning on Sunday afternoon.

MLB // 2 years ago
Ivan Nova, Elias Diaz help Pittsburgh Pirates to 3-1 win over Miami Marlins
Pirates pitcher Ivan Nova had a talk with Elias Diaz before Sunday's game. Not to give the rookie some pointers or make demands but to offer some assurance.

Hudson attended Princess Anne High School in Virginia Beach and Old Dominion University in Norfolk, Virginia, where he finished second all-time in strikeouts with 295 (Justin Verlander is first all-time), sixth in games started with 40 and seventh in innings pitched with 292. He posted a win-loss record of 20-14, and had a 3.79 earned run average.

Hudson was drafted by the Chicago White Sox in the fifth round of the 2008 Major League Baseball Draft. For the remainder of the 2008 season he was assigned to the White Sox rookie-level affiliate, the Great Falls Voyagers, where he posted a W-L record of 5-4 and an ERA of 3.36 in 14 starts. He struck out 90 batters in 69 2/3 innings.

FULL ARTICLE AT WIKIPEDIA.ORG
This article is licensed under the GNU Free Documentation License.
It uses material from the Wikipedia article "Daniel Hudson."
Back to Article
/