Entertainment News // 1 month ago
Tom Hanks says Rita Wilson had a 'tougher time' with COVID-19
Tom Hanks told The National Defense Radio that his wife Rita Wilson experienced more severe symptoms than he did while the couple had COVID-19.

TV // 1 month ago
Andy Cohen to film 'WWHL' from home beginning Monday
Andy Cohen will record new episodes of "Watch What Happens Live" while in quarantine after testing positive for COVID-19.

Entertainment News // 1 month ago
Daniel Dae Kim gives health update, is 'virus free'
Daniel Dae Kim has given an update on his health on Instagram after he tested positive for COVID-19.

Entertainment News // 1 month ago
Tom Hanks, Rita Wilson back home after coronavirus treatments in Australia
Oscar-winning actor Tom Hanks and his wife, actress Rita Wilson, have returned home to the United States after being treated for two weeks for the coronavirus in Australia. 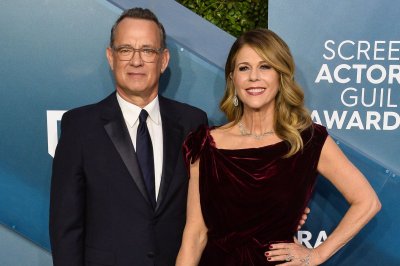 Entertainment News // 2 months ago
Tom Hanks, Rita Wilson say they 'feel better' in health update
Tom Hanks has given a health update on himself and wife Rita Wilson after the couple tested positive for COVID-19.

Entertainment News // 2 months ago
Sophia Myles says dad died after coronavirus battle
"Moonlight," "Doctor Who" and "Transformers: Age of Extinction" actress Sophia Myles announced on Twitter that her father Peter has died after battling the coronavirus.

Entertainment News // 2 months ago
Debi Mazar, Placido Domingo test positive for coronavirus
"Younger" and "Entourage" actress Debi Mazar has announced on social media that she was tested positive for the coronavirus and is recovering at her New York home.

I'm just grateful and relieved that this matter is resolved

You need to understand that 0.168 is more that double the legal limit. It means you were seriously impaired. And it just cannot happen again. It's simply too dangerous

Kim was born in Busan, South Korea and moved to the United States with his family when he was two, growing up in Easton, Pennsylvania, in Pennsylvania's Lehigh Valley. Kim is a graduate of Freedom High School in Bethlehem, Pennsylvania and Haverford College in Haverford Township, Pennsylvania. His theatre major was completed at the neighboring Bryn Mawr College in Bryn Mawr, Pennsylvania. He graduated from NYU's Graduate Acting Program in 1996.

Prior to his casting as Jin in Lost, he was probably best known for numerous recurring roles in the genres of science fiction and fantasy. He has been seen in CSI: Crime Scene Investigation as a treasury agent as well as episodes of Angel, 24, Star Trek: Voyager, Star Trek: Enterprise, Crusade, Charmed, The Shield, Seinfeld, NYPD Blue, ER, and The Andromeda Strain.

FULL ARTICLE AT WIKIPEDIA.ORG
This article is licensed under the GNU Free Documentation License.
It uses material from the Wikipedia article "Daniel Dae Kim."
Back to Article
/