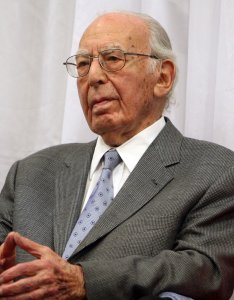 TV // 2 years ago
Leonardo DiCaprio-produced 'Frontiersmen' to premiere on History March 7
"The Men Who Built America: Frontiersmen," a docu-series executive produced by Leonardo DiCaprio, is to debut on the History channel March 7. 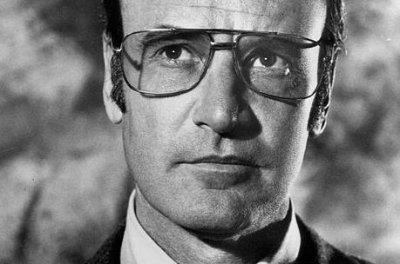 TV // 3 years ago
Leonardo DiCaprio producing 'Frontiersman' documentary series for History
Leonardo DiCaprio -- the actor who won his Oscar for his role in "The Revenant" -- is producing an eight-hour documentary series called "Frontiersmen."
Odd News // 6 years ago
Most U.S. Founding Fathers were age 40 and younger
Portraits of the U.S. founding fathers often portray them with white powdered wigs and many think they were older than the young men they were, an expert says.
TV // 6 years ago
Gail Kobe, producer and actress, dead at 82
U.S. actress and producer Gail Kobe has died at the age of 82, Deadline.com reported.
Movies // 9 years ago
Actor Fess Parker dead at 85
Fess Parker, a U.S. actor famous for his roles in adventure movies and TV shows, has died of natural causes, The Hollywood Reporter said Thursday. He was 85.
Entertainment News // 1 decade ago
TV writer Barrows dies at 81
Former TV writer Robert Guy Barrows, who wrote for TV series including "The Fugitive" and "Mission: Impossible," has died in Pueblo, Colo. at age 81.
Top News // 1 decade ago
Singer Boone warns Ky. voters on Democrats
Singer Pat Boone warned Kentucky voters this weekend that Democratic candidates for the state's top two offices want the state to be "another San Francisco."
Entertainment News // 1 decade ago
'Daniel Boone' DVDs feature Fess Parker
Fess Parker, 82, a 1960s U.S. role model for kids, will be recalled with "Daniel Boone" show reruns on TV Land as well as the release of his series on DVD.
Odd News // 1 decade ago
Veteran actor Harold Ayer dies at 86
Veteran stage, screen and TV actor Harold Ayer has died from a stroke in Los Angeles at 86, family members said Tuesday.
Odd News // 1 decade ago
Book Review: An artful 'forgery'
In "The Poet and the Murderer," Simon Worrall has taken hold of the complex and interesting subject of forging historical and literary documents and has untangled many strands to weave a coherent and eye-opening narrative.
Top News // 1 decade ago
Feds OK strip mine despite threat to fish
It will be up to state officials to decide whether to allow Core Management Inc. to open a strip mine operation along a Knox County stream that may endanger the

Daniel Boone (October 22 , 1734 – September 26, 1820) was an American pioneer, explorer, and frontiersman whose frontier exploits made him one of the first folk heroes of the United States. Boone is most famous for his exploration and settlement of what is now the Commonwealth of Kentucky, which was then beyond the western borders of the settled part of Thirteen Colonies (This region legally belonged to both the Commonwealth of Virginia and to the American Indian Tribes.) Despite some resistance from American Indian tribes such as the Shawnee, in 1775 Boone blazed his Wilderness Road through the Cumberland Gap in the Appalachian Mountains - from North Carolina and Tennessee into Kentucky. There he founded the village of Boonesborough, Kentucky, one of the first English-speaking settlements west of the Appalachians. Before the end of the 18th century, more than 200,000 European people migrated to Kentucky/Virginia by following the route marked by Boone.

Boone was a militia officer during the Revolutionary War (1775 – 82), which in Kentucky was fought primarily between the European settlers and the British-aided Native Americans. Boone was captured by Shawnee Indians in 1778, who after a while adopted him into their tribe, but he later left the Indians and returned to Boonesborough in order to help defend the European settlements in Kentucky/Virginia.

Boone was elected to the first of his three terms in the Virginia General Assembly during the Revolutionary War, and fought in the Battle of Blue Licks in 1782, which was one of the final battles of the American Revolution. (Lord Cornwallis and all of his army of British troops had surrendered to Washington at Yorktown, Virginia, in mid-October 1781.)

FULL ARTICLE AT WIKIPEDIA.ORG
This article is licensed under the GNU Free Documentation License.
It uses material from the Wikipedia article "Daniel Boone."
Back to Article
/