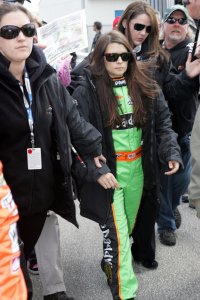 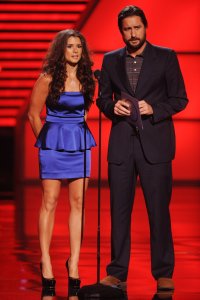 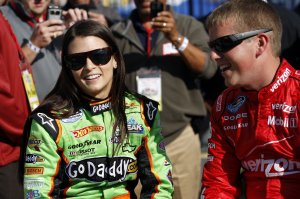 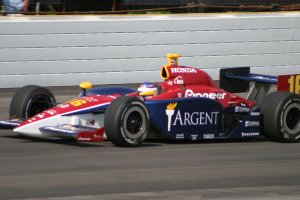 NFL // 2 years ago
Aaron Rodgers: Danica Patrick gloats about 'GOAT' performance from Packers QB
Danica Patrick was in shock as boyfriend Aaron Rodgers completed a dramatic comeback, leading the Green Bay Packers to a win against the Chicago Bears. 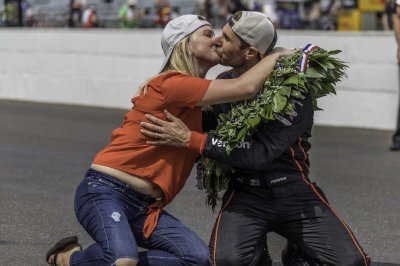 I'm proud to be joining Andretti Green Racing next year

Like I've said before, we just want to be smart and calculative about this process

Danica Sue Patrick (born March 25, 1982) is an American auto racing driver, model and advertising spokeswoman. She is currently competing in the IndyCar Series and the NASCAR Nationwide Series.

Starting in kart racing, she later raced Formula Ford in England before moving back to the US and moving up to IndyCars. Patrick was named the Rookie of the Year for both the 2005 Indianapolis 500 and the 2005 IndyCar Series season. With her win in the 2008 Indy Japan 300, Patrick became the first woman to win an Indy car race. She placed 3rd in the 2009 Indianapolis 500, which was both a personal best for her at the track, and the highest finish by a woman in the event's history. In 2010, Patrick began racing in the NASCAR Nationwide Series, driving the #7 GoDaddy.com Chevrolet Impala for JR Motorsports part-time. She also has an equity stake in her #7 team. She had her best career finish of 4th in series on March 5, 2011 at Las Vegas Motor Speedway—the best finish by a woman in a NASCAR top-circuit.

FULL ARTICLE AT WIKIPEDIA.ORG
This article is licensed under the GNU Free Documentation License.
It uses material from the Wikipedia article "Danica Patrick."
Back to Article
/