Topic: Dancing With the Stars 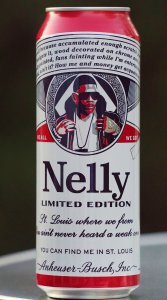 Dancing With the Stars News

Dancing with the Stars is the name of several international television series based on the format of the British TV series Strictly Come Dancing, which is distributed by BBC Worldwide – the commercial arm of the BBC. Currently the format has been licensed to over 35 countries (as of September 2011).[1] Australia was the first country to adapt the show, and versions have also been produced in Albania, Argentina, Austria, Belgium, Bosnia and Herzegovina, Brazil, Bulgaria, Chile, China, Croatia, the Czech Republic, Denmark, Estonia, Finland, France, Germany, Greece, India, Indonesia, Israel, Italy, Japan, Korea, Latvia, The Netherlands, New Zealand, Norway, Pakistan, Peru, Poland, Romania, Russia, Slovakia, Slovenia, South Africa, Spain, Sweden, Turkey, Ukraine and United States, and Vietnam. As a result, the series became the world's most popular television program among all genres in 2006 and 2007, according to the magazine Television Business International,[2] reaching the Top 10 in 17 countries. The show pairs a number of celebrities with professional ballroom dancers, who each week compete by performing dances. The dancers are then scored by a panel of judges. Viewers are given a certain amount of time to place votes for their favorite dancers, either by telephone or (in some countries) online. The couple with the lowest combined score provided by the judges and viewers is eliminated. This process continues until there are only two or three couples left; when they have competed for the last time one couple is declared the champion. Franchise records Professionals achieving three wins Derek Hough, Raimondo Todaro and Kym Johnson are the only professionals in the history of the franchise to have achieved three championship wins. Derek Hough won his first championship in season seven of the American version of Dancing With the Stars with model/host Brooke Burke, his second in season ten with singer Nicole Scherzinger, and his third in season eleven with actress Jennifer Grey. Raimondo Todaro won his first championship in the Italian version of Dancing with the Stars called Ballando con le stelle with the former Miss Italy and television hostess, Cristina Chiabotto, during the second season of the show. He won again with the Olympic long-jump silver medalist, Fiona May, during the third season of the show. Four years later, Todaro won the sixth season of the show with the actress, Veronica Olivier. Kym Johnson is the only professional dancer to have won three championships from two different versions of Dancing with the Stars. She won season two of the Australian version with Tom Williams and season nine of the American version with Donny Osmond and season twelve with Hines Ward.

FULL ARTICLE AT WIKIPEDIA.ORG
This article is licensed under the GNU Free Documentation License.
It uses material from the Wikipedia article "Dancing With the Stars."