NFL // 3 years ago
NFL Draft 2017 Buffalo Bills: Top needs, suggested picks, current outlook
As they prepare for the April 27 start of the 2017 NFL draft, the Buffalo Bills are still hamstrung by their salary cap, but the door kept revolving at One Bills Drive with players coming and going during free agency.

NFL // 3 years ago
QBs Tony Romo, Tyrod Taylor head flurry of moves
Wednesday was another busy day as NFL teams tried to re-sign their own players while negotiating with players from other teams. 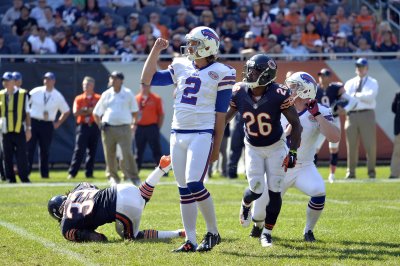 NFL // 3 years ago
Buffalo Bills jettison 5 players to free up salary space
The Buffalo Bills released kicker Dan Carpenter on Monday in a move that will save the team $2.4 million in salary cap space.

NFL // 3 years ago
Buffalo Bills cut K Dan Carpenter
Dan Carpenter will be looking for a new team in 2017.

NFL // 3 years ago
Buffalo Bills: Top free agency, NFL draft needs for 2017
The Buffalo Bills must decide which players to keep and seek to improve their 7-9 record from last season. 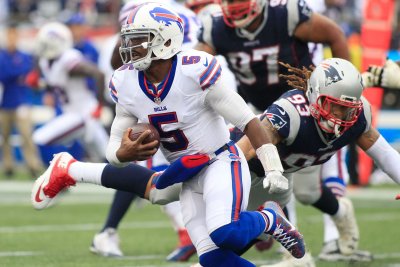 Daniel Roy Carpenter (born November 25, 1985 in Omaha, Nebraska) is an American football placekicker for the Miami Dolphins of the National Football League. He was signed by the Dolphins as an undrafted free agent in 2008 after playing college football at the University of Montana.

Carpenter attended Helena High School (Montana), where he was a member of the National Honor Society and had a 3.7 GPA. As a football player at Helena, Carpenter was a two-time all-state and two-time all-league selection as a kicker and punter. During his senior season, he converted 26 of 29 point after attempts and made five field goals with a long of 53 yards. Additionally, he was a first all-conference and second-team all-state selection as a wide receiver, setting school records with 931 receiving yards and 13 touchdowns.

Carpenter then became the placekicker at the University of Montana as a true freshman in 2004. He went 18-for-29 (62.1 percent) on field-goal attempts while converting all 63 extra-point tries. Carpenter also rushed twice for 17 yards and scored a touchdown. His 123 points that season were the second-highest total in school history, and his performance earned him a second-team All-Big Sky selection.

FULL ARTICLE AT WIKIPEDIA.ORG
This article is licensed under the GNU Free Documentation License.
It uses material from the Wikipedia article "Dan Carpenter."
Back to Article
/