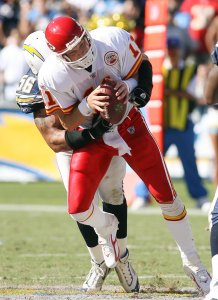 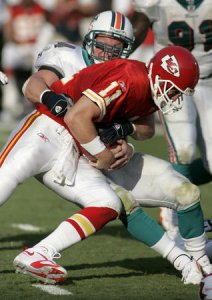 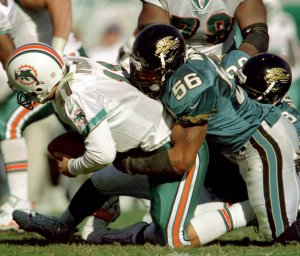 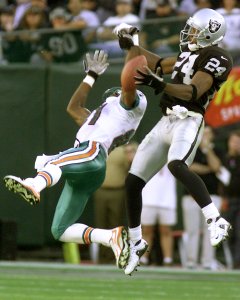 Damon Paul Huard (born July 9, 1973 in Yakima, Washington) is an American football quarterback for the San Francisco 49ers of the National Football League. He was signed by the Cincinnati Bengals as an undrafted free agent in 1996. He played college football at Washington.

Huard attended Puyallup High School in Puyallup, Washington, and was a letterman in football and basketball. In football, as a senior, he was named the Powerade State Player of the Year and won All-America honors.

FULL ARTICLE AT WIKIPEDIA.ORG
This article is licensed under the GNU Free Documentation License.
It uses material from the Wikipedia article "Damon Huard."
Back to Article
/