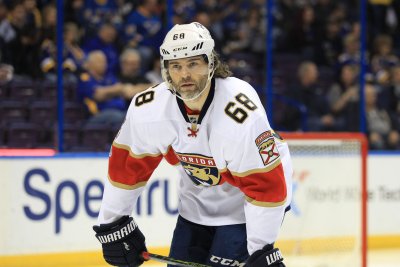 NHL // 4 years ago
Olli Jokinen retires after signing one-day deal with Florida Panthers
Olli Jokinen is calling it a career after 17 seasons, and he is going out with the team loves.

Pit was a wonderful human being and a mentor to me

He began his career as a junior ice hockey player with the Oshawa Generals and later, the Toronto Marlboros, both of the Ontario Hockey Association (OHA). Drafted in the first round, second overall by the Vancouver Canucks in the 1970 NHL Amateur Draft, Tallon spent parts of his ten-year NHL career with the Canucks, the Blackhawks, and the Pittsburgh Penguins.

Tallon is also a distinguished golfer. He won the 1969 Canadian Junior Golf Championship and was formerly the head professional at Highland Park Country Club in Chicago. He also played on the Canadian PGA Tour. He is a member at Conway Farms GC

FULL ARTICLE AT WIKIPEDIA.ORG
This article is licensed under the GNU Free Documentation License.
It uses material from the Wikipedia article "Dale Tallon."
Back to Article
/