Top News // 2 years ago
On This Day: Prosecutors allege 1,000 sexual abuse cases in Boston diocese
On July 23, 2003, an investigation indicated nearly 1,000 cases of abuse by Catholic priests and other church personnel in the Boston diocese over 60 years.

Top News // 2 years ago
The Almanac
On Jan. 22, 1943, U.S. and Australian troops took New Guinea in the first land victory over the Japanese in World War II.

U.S. News // 3 years ago
On This Day: Pathfinder touches down on Mars
On July 4, 1997, NASA's Pathfinder reached Mars to become the first U.S. spacecraft to land on the planet in more than two decades.

Top News // 3 years ago
The Almanac
On Jan. 22, 1914, attorneys for world heavyweight boxing champion Jack Johnson, an African-American, filed a brief for a new trial with the U.S. Court of Appeals, challenging Johnson's conviction under the Mann Act.

Top News // 4 years ago
The Almanac
On July 23, 1967, rioting erupted on 12th Street in the heart of Detroit's predominantly African-American inner city. 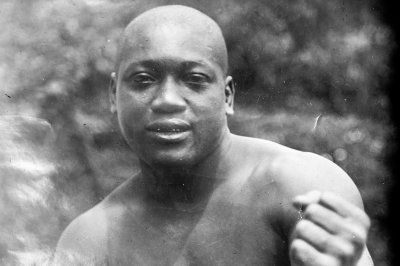 Top News // 4 years ago
The Almanac
On July 4, 1910, African American boxer Jack Johnson took on former undefeated heavyweight champion James J. Jeffries, beating him in 15 rounds, to stake his claim as the as the greatest heavyweight in the world.

David Llewelyn Wark "D. W." Griffith (January 22 1875 – July 23, 1948) was a premier pioneering Academy Award-winning American film director. He is best known as the director of the controversial and groundbreaking 1915 film The Birth of a Nation and the subsequent film Intolerance (1916).

Griffith was born in La Grange, Kentucky to Jacob "Roaring Jake" Griffith and Mary Perkins Oglesby. His father was a Confederate Army colonel, a Civil War hero, and a Kentucky legislator. D.W. was educated by his older sister, Mattie, in a one-room country school. His father died when he was 7, upon which the family experienced serious financial hardships. At age 14, D.W.'s mother abandoned the farm and moved the family to Louisville where she opened a boarding house, which failed shortly. D.W. left high school to help with the finances, taking a job first in a dry goods store, and, later, in a bookstore.

Griffith began his career as a hopeful playwright but met with little success; only one of his plays was accepted for a performance. Griffith decided to instead become an actor, and appeared in many plays as an extra.

FULL ARTICLE AT WIKIPEDIA.ORG
This article is licensed under the GNU Free Documentation License.
It uses material from the Wikipedia article "D.W. Griffith."
Back to Article
/