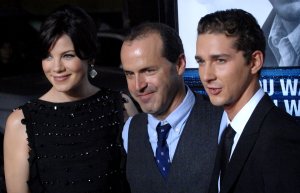 Daniel John "D.J." Caruso (born January 17, 1965) is an American director and producer. Caruso has directed the films Disturbia, Two for the Money, Taking Lives, The Salton Sea, and Eagle Eye. He has also directed television episodes for shows such as The Shield, Over There, Smallville, Dark Angel. He directed his first music video in 2007 for the song "Don't Make Me Wait" by This World Fair. He was also a guest judge on the FOX reality show On the Lot for the episode of May 28/29. In 2009 he directed a remake of the music video for Airborne Toxic Event, Sometime Around Midnight.

His first feature film as a director was The Salton Sea which starred Val Kilmer. It was released in 2002.

In 2004, Caruso directed Taking Lives with Angelina Jolie, Ethan Hawke and Kiefer Sutherland. The film was released in theaters on March 16, 2004 but didn't gross as much at box office as expected, only grossing $65,470,529. The film was later released on DVD the same year and was number one on the charts for three straight weeks.

FULL ARTICLE AT WIKIPEDIA.ORG
This article is licensed under the GNU Free Documentation License.
It uses material from the Wikipedia article "D.J. Caruso."