Entertainment News // 1 year ago
Broadway's 'Anastasia' to close next month
The Broadway musical "Anastasia" has set a closing date of March 31, producers announced this week.

Opinion // 4 years ago
Harlan Ullman: Terrorism is the wrong focus
Terror and terrorism are not existential threats to the West or to most countries.

Top News // 5 years ago
The Almanac
In 1945, the first test of the atom bomb was conducted at a secret base near Alamogordo, N.M. 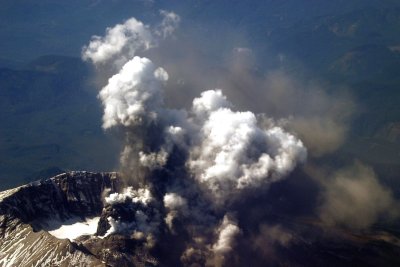 Nicholas II (Russian: Николай II, Николай Александрович Романов, tr. Nikolay II, Nikolay Alexandrovich Romanov ) (18 May 1868 – 17 July 1918) was the last Emperor of Russia, Grand Prince of Finland, and titular King of Poland. His official title was Nicholas II, Emperor and Autocrat of All the Russias and he is currently regarded as Saint Nicholas the Passion-Bearer by the Russian Orthodox Church.

Nicholas II ruled from 1894 until his abdication on 15 March 1917. His reign saw Imperial Russia go from being one of the foremost great powers of the world to economic and military collapse. Critics nicknamed him Bloody Nicholas because of the Khodynka Tragedy, Bloody Sunday, and the anti-Semitic pogroms that occurred during his reign. Under his rule, Russia was defeated in the Russo-Japanese War. As head of state, he approved the Russian mobilization of August 1914, which marked the first fatal step into World War I and thus into the demise of the Romanov dynasty less than four years later.

FULL ARTICLE AT WIKIPEDIA.ORG
This article is licensed under the GNU Free Documentation License.
It uses material from the Wikipedia article "Czar Nicholas II."
Back to Article
/