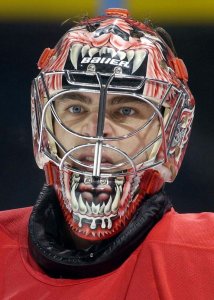 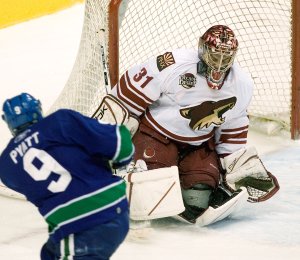 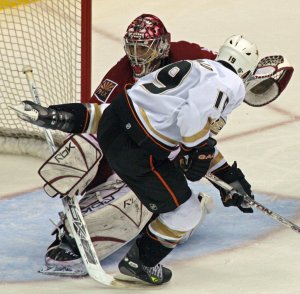 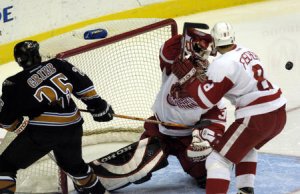 Joseph is immediately recognizable on the ice for his masks featuring a snarling dog, drawing inspiration from the Stephen King novel Cujo, which also happens to be his nickname, derived from the first two letters of his first and last names. Throughout his NHL career, Joseph has played for a number of franchises, rising to prominence during playoff series with the Edmonton Oilers, and later with the Toronto Maple Leafs. He was also a member of Canada's gold medal winning team at the 2002 Winter Olympics. He has also played for the St. Louis Blues, Detroit Red Wings, Phoenix Coyotes and Calgary Flames.

Joseph has the most career wins of any goaltender in NHL history who never played on a Stanley Cup-winning team.

FULL ARTICLE AT WIKIPEDIA.ORG
This article is licensed under the GNU Free Documentation License.
It uses material from the Wikipedia article "Curtis Joseph."
Back to Article
/