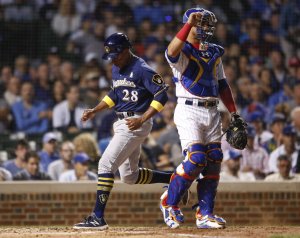 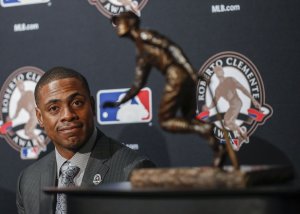 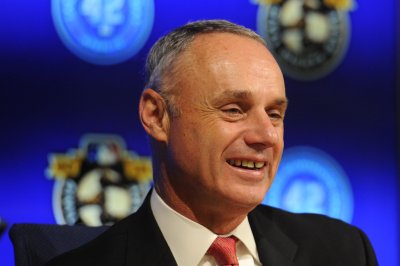 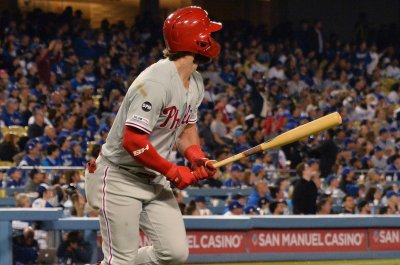 MLB // 2 years ago
Phillies' Bryce Harper gets 15th homer, 4 RBIs vs. Marlins
Bryce Harper launched his 15th home run of 2019 and plated four RBIs in a Philadelphia Phillies win against the Miami Marlins.

MLB // 2 years ago
Josh Bell, MLB's best hitters describe differing plate approaches
Josh Bell, Francisco Lindor, Pete Alonso and others told UPI they have differing approaches when it comes to settling in at the plate against some of Major League Baseball's best pitchers.

MLB // 2 years ago
Indians P Corey Kluber takes 102 mph hit to arm, exits game vs. Marlins
Cleveland Indians star Corey Kluber was forced out of a game after taking a 102 mph come-backer to the arm while facing the Miami Marlins Wednesday in Miami.

Curtis Granderson grew up in Lynwood, Illinois, a city south of Chicago. Granderson attended high school at Thornton Fractional South High School in Lansing, Illinois. As a senior in 1999, Granderson hit .427 and was selected SICA Central All-Conference, and earned All-Area recognition from The Times of Northwest Indiana (Illinois edition) and the Daily Southtown.

As a freshman at University of Illinois-Chicago in 2000, Granderson led the team with seven home runs and 45 walks. He followed that with a strong sophomore season in which he hit .304, leading the team in runs, home runs, and walks. After his sophomore year, Granderson played in a summer collegiate league for the Mankato Mashers, now known as the MoonDogs, of the Northwoods League. Granderson was named Second-Team All-American by Baseball America and USA Today's Baseball Weekly and a Third-Team Louisville Slugger NCAA Division I All-American following his junior season. He graduated with a degree in business administration.

FULL ARTICLE AT WIKIPEDIA.ORG
This article is licensed under the GNU Free Documentation License.
It uses material from the Wikipedia article "Curtis Granderson."
Back to Article
/