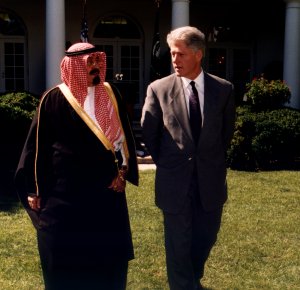 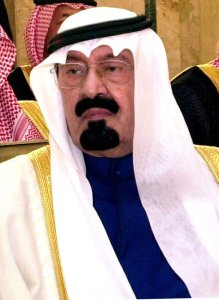 Only God knows. We are working on implementing true democracy, the democracy we want and wish for. I hope that can be achieved in the next 20 years

Anything in the country could be debated except Islamic faith and everything could be put out for discussion exception national unity, pride and security

They provided assurances that they wouldn't use violent means to settle political differences, but did not admi

King Abdullah Bin Abdulaziz Bin Abdulrahman Bin Faisal Bin Turki Bin Abdullah Bin Muhammad Bin Saud, Custodian of the Two Holy Mosques, (Arabic: خادم الحرمين الشريفين الملك عبد الله بن عبد العزيز آل سعود‎, born August 1, 1924) is the current King of Saudi Arabia and Head of the House of Saud. He succeeded to the throne and assumed the title of King upon the death of his half-brother, King Fahd, on August 1, 2005. As Crown Prince since 1982, he had previously acted as de facto regent and thus ruler of Saudi Arabia since January 1, 1996, when Fahd was incapacitated by a major stroke. He was formally enthroned on August 3, 2005. One of his sons, Prince Mutaib, serves as a deputy commander in the Saudi National Guard. He is, after half-brother Bandar and Musa'id, the third eldest of the living sons of Abdul Aziz ibn Saud.

Abdullah also serves as Prime Minister of Saudi Arabia and Commander of the Saudi National Guard. He is chairman of the Supreme Economic Council, president of the High Council for Petroleum and Minerals, president of the King Abdulaziz Centre for National Dialogue, chairman of the Council of Civil Service and head of the Military Service Council. Abdullah is the fifth son (out of 37 sons) of King Abdulaziz bin Abdulrahman Al Saud, the founder of modern Saudi Arabia, to ascend to the throne.

King Abdullah Bin-Abd-al-Aziz Al Saud was born in Riyadh to Ibn Saud's eighth wife, Fahda bint Asi Al Shuraim of the Abde section of the Shammar tribe. She earlier had been married to the 10th Rashidi Emir, Saud, who was killed in 1920.

FULL ARTICLE AT WIKIPEDIA.ORG
This article is licensed under the GNU Free Documentation License.
It uses material from the Wikipedia article "Crown Prince Abdullah."
Back to Article
/