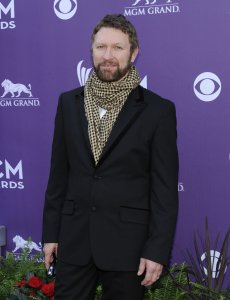 U.S. News // 2 years ago
Music industry, artists applaud Congress, Trump for updating U.S. copyright law
Musicians will get a greater share of the money for music they create under updated copyright law that was signed by President Donald Trump Thursday.

Music // 5 years ago
Craig Morgan on son's death: It's 'the hardest thing'
Country star Craig Morgan thanked fans for their support after his 19-year-old son, Jerry Greer, died in a boating accident earlier this month.

Sports News // 5 years ago
Cleveland Indians battle back to rout Cincinnati Reds
CLEVELAND -- For the Cleveland Indians, who have played 13 one-run games this year, second most in the American League, this was a breath of fresh air.

Craig Morgan is the eponymous debut album of country music singer Craig Morgan. Released in 2000 as his only album for the Atlantic Records label, it produced the singles "Paradise", "I Want Us Back", and "Something to Write Home About". "Everything's a Thing" was later recorded by Joe Nichols on his 2003 album Man with a Memory.

FULL ARTICLE AT WIKIPEDIA.ORG
This article is licensed under the GNU Free Documentation License.
It uses material from the Wikipedia article "Craig Morgan."
Back to Article
/