NHL // 2 years ago
Who will be Senators' goalie part of intrigue against Capitals
The Ottawa Senators are expected to start Craig Anderson in goal when they host the Washington Capitals on Saturday, their last game before the Christmas break.

NHL // 2 years ago
Devils brace for Senators, who could have some help
NEWARK, N.J. -- The New Jersey Devils got a boost from an unexpected source during the first game of a back-to-back set Thursday night. On Friday, the Ottawa Senators will hope the return of a familiar face can generate momentum as they begin their own stretch of two games in as many nights.

NHL // 2 years ago
Senators await news on Duchene, Ryan injuries before facing Penguins
OTTAWA -- Dark clouds are circling over the Ottawa Senators, who hope to make it through Saturday without getting drenched. 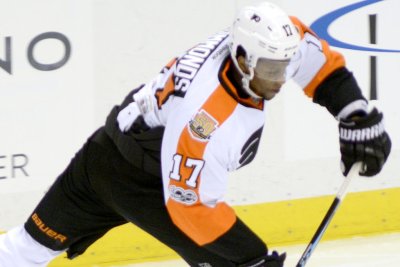 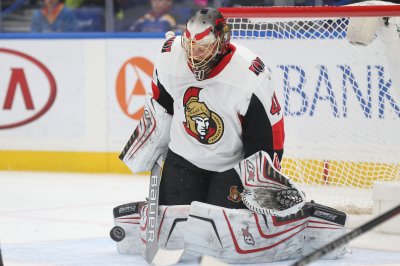 NHL // 2 years ago
Senators may receive a boost vs. Golden Knights
OTTAWA -- Coming off their most explosive output of the season, the Ottawa Senators are about to get a boost of power.

NHL // 2 years ago
Sabres hope to build on good first month against Senators
OTTAWA -- The two teams with the worst records in the NHL's Eastern Conference last season will meet in a home-and-home series that starts Thursday night at Canadian Tire Centre.

NHL // 3 years ago
Bruins face Senators with eye on Atlantic crown
The Boston Bruins face an interesting decision entering the final weekend of the regular season starting Saturday when they host the Ottawa Senators.

You need a little bit of luck to get some shutouts

Out of nowhere it would appear the young fellow has been taken by a shark, nobody actually saw the shark itself, but they retrieved the young man's body in the water amongst some blood

Craig Anderson is an Australian writer and actor best known for his comedic turns in the Australian Feature film Bootmen, the television series Double the Fist, and award winning short films Life in a Datsun, Demon Datsun, Life in a Volkswagen. Craig has a Masters in 'Subversive Theatre' from the University of Western Sydney and has almost completed a PhD on the subject of comedy. In 2000 Craig began a successful career as an MC and judge at film festivals including the Newcastle Film Festival, the Shootout Film Festival held annually in Newcastle, and the Funny Bone 500.

FULL ARTICLE AT WIKIPEDIA.ORG
This article is licensed under the GNU Free Documentation License.
It uses material from the Wikipedia article "Craig Anderson."
Back to Article
/