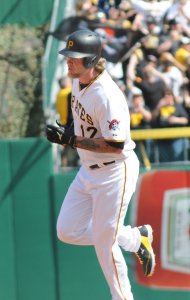 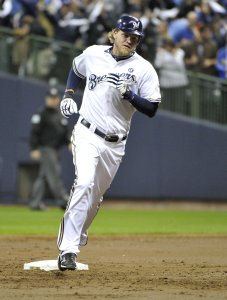 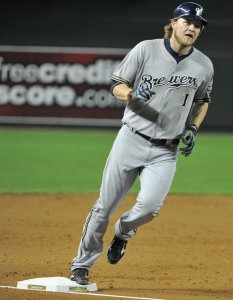 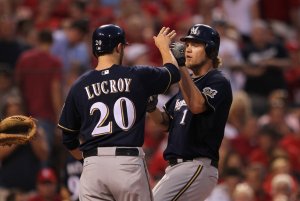 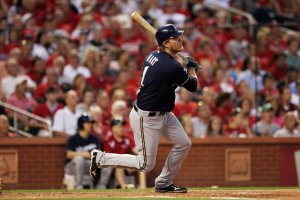 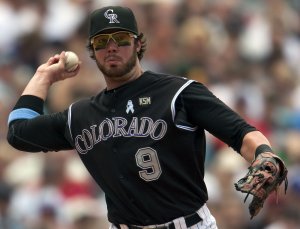 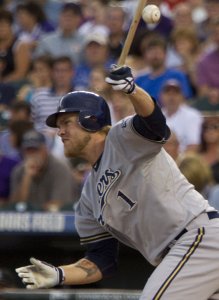 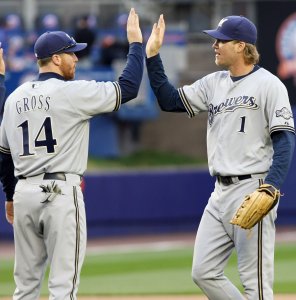 Sports News // 5 years ago
Fiers, Parra help Milwaukee Brewers to 4-1 win
MILWAUKEE -- As the second half of an already disappointing season kicked off Friday night at Miller Park.

Sports News // 6 years ago
Pittsburgh Pirates hit 3 HRs, hang on to beat Detroit Tigers
Gerrit Cole sparkled through much of his six-plus innings and the Pittsburgh Pirates hit three home runs -- just enough to escape their home opener with a win.
Sports News // 6 years ago
Mets hold off late Seattle surge to win rubber match
Bartolo Colon tossed 7 1/3 solid innings and the New York Mets held off a late Seattle surge to defeat the Mariners, 3-2, and win the rubber match of a three-game set on Wednesday.
Sports News // 7 years ago
Seattle Mariners defeat Tampa Bay Rays 12-5
Stefen Romero homered, drove in three runs and scored three times and the Seattle Mariners routed the Tampa Bay Rays, 12-5, in the opener of a three-game set.

Prior to being drafted in the 11th round of the 2000 MLB Draft, Hart played for the Greenwood High School Gators in Bowling Green, Kentucky. Hart also played basketball for four years for the Gators for Coach Jason Couch. On the diamond, he played nearly every position, routinely in the middle infield and even pitching in relief. Hart's jersey is retired by Greenwood and hangs from the rafters in the school's gymnasium.

Hart started his career in 2000 with the Rookie League Ogden Raptors, primarily playing at first base. He moved up to the single-A High Desert Mavericks and then the double-A Huntsville Stars by the 2002 season; defensive problems caused Hart to be moved to the outfield. Playing there, he moved up to the Class AAA Indianapolis Indians by 2004.

FULL ARTICLE AT WIKIPEDIA.ORG
This article is licensed under the GNU Free Documentation License.
It uses material from the Wikipedia article "Corey Hart."
Back to Article
/