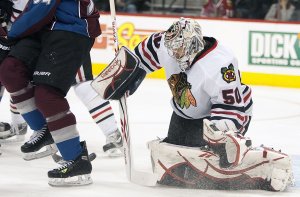 NHL // 1 year ago
Blackhawks aim to continue momentum vs. skidding Wild
CHICAGO -- Coming out of a three-day holiday break, the Chicago Blackhawks are hoping to re-establish some of the momentum they have built of late.

NHL // 1 year ago
Blackhawks hope resurgence continues vs. Panthers
CHICAGO -- As accustomed as the Chicago Blackhawks are to winning, dealing with losing certainly hasn't been easy. 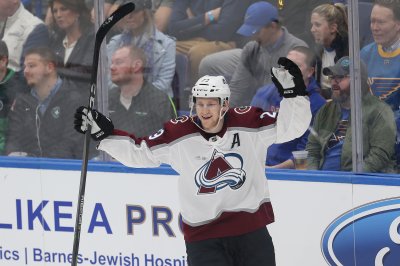 NHL // 1 year ago
Roles reversed in Avalanche-Blackhawks game
In the years the Chicago Blackhawks were annual Stanley Cup contenders, the Colorado Avalanche seemed to find ways to beat them despite being a perennial lottery team.

NHL // 1 year ago
Wild get Koivu back but lose Dumba ahead of clash vs. Sharks
On Monday, the Minnesota Wild got some good news on the injury front as well as bad news.

NHL // 1 year ago
Canadiens visit Blackhawks in search of third straight win
CHICAGO -- If the Montreal Canadiens are to remain in contention for a postseason berth, they will have to rely on contributions throughout their lineup.

Corey Crawford (born December 31, 1984) is a Canadian professional ice hockey goaltender, who is currently playing for the Chicago Blackhawks of the NHL. His teammates and coaches often refer to him as "Crawf" or "Crow".

Crawford was drafted 52nd overall in the 2003 NHL Entry Draft by the Chicago Blackhawks. Crawford spent his pre-junior career playing for the Midget AAA Gatineau Intrepides, before spending his junior career with the Moncton Wildcats of the Quebec Major Junior Hockey League. Crawford was the goaltender for the Wildcats in the 2003-04 QMJHL playoffs, when they ousted Rimouski Océanic in the first round. They went on to the President's Cup final, but lost the series to the Gatineau Olympiques. Crawford currently holds the Wildcats record for Best Goals Against Average (2.47 in 2004-05), Most Wins (35 in 2003-04), and is tied with Simon Lajeunesse for Most Shutouts in a season (6 in 2004-05). He was twice named to the QMJHL's second All-Star team (2003-04, 2004-05).

Crawford made his NHL debut with the Chicago Blackhawks on 22 January 2006 against the Minnesota Wild. He relieved Adam Munro in the third period, made seven saves and did not allow any goals. He had his first career start against the St. Louis Blues on February 2, 2006. He finished the evening with a record of five goals allowed and twenty-nine saves in a 6-5 shootout loss. He recorded his first career win and shut-out against the Anaheim Ducks on March 5, 2008. Crawford also recorded a strong performance against the Detroit Red Wings, stopping 45 of 47 shots in a 3-1 loss on March 11.

FULL ARTICLE AT WIKIPEDIA.ORG
This article is licensed under the GNU Free Documentation License.
It uses material from the Wikipedia article "Corey Crawford."
Back to Article
/