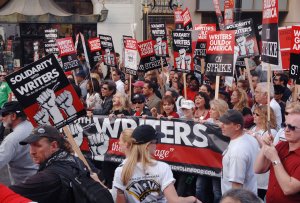 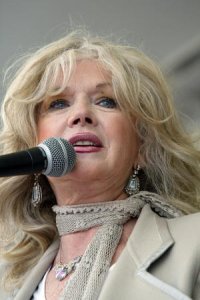 Entertainment News // 4 years ago
Carrie Fisher's sister Joely details final meeting with late actress
Carrie Fisher's half-sister Joely Fisher shared on "The Dr. Oz Show" how she is grieving the actress and what happened the final time they saw each other.

Top News // 4 years ago
The Almanac
On Aug. 8, 1974, facing expected impeachment over the Watergate scandal, President Richard Nixon became the first U.S. president to resign. He left office the next day.
Odd News // 6 years ago
The Almanac
On this date in history: Richard Nixon was nominated ... and announced his resignation.
Music // 1 decade ago
Entertainer Eddie Fisher dead at 82
Entertainer Eddie Fisher, whose marriages to Debbie Reynolds and Elizabeth Taylor captivated Americans, has died at 82, his daughter Carrie Fisher said.
Movies // 1 decade ago
Rooney to be honored at Thalians ball
Film, stage and TV star Mickey Rooney will be honored at the upcoming 54th annual Thalians Ball in Beverly Hills, Calif., organizers say.

Wasn't he great? Wasn't he cool? He taught me loyalty is possible in this business

He taught me that loyalty is possible in this business

He taught me that loyalty is possible in this business

Connie Stevens (born August 8, 1938) is an American actress and singer, best known for her roles in the television series Hawaiian Eye and Maverick.

She adopted her father's stage name of Stevens as her own. Her parents were divorced and she lived with grandparents. and attended Catholic boarding schools. Actor John Megna was her half-brother. At the age of twelve, she witnessed a murder in Brooklyn and was sent to live in Boonville, Missouri, with family friends.

FULL ARTICLE AT WIKIPEDIA.ORG
This article is licensed under the GNU Free Documentation License.
It uses material from the Wikipedia article "Connie Stevens."
Back to Article
/