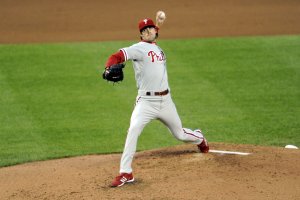 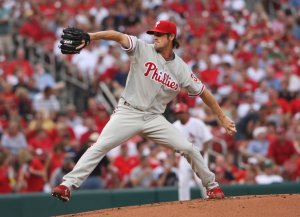 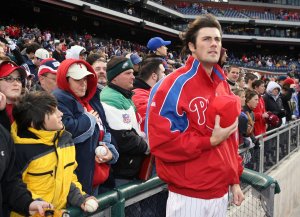 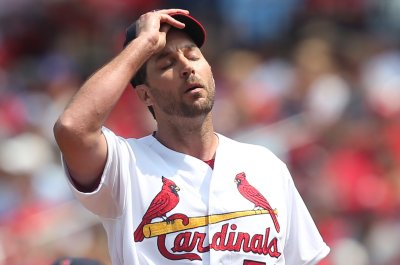 MLB // 1 year ago
Cubs complete sweep of Marlins behind Cole Hamels gem
Cole Hamels made hitters hack only air in a dominant start, leading the Chicago Cubs to a 6-0 win and finishing a sweep of the Miami Marlins Wednesday in Miami.

MLB // 1 year ago
Cubs, pitcher Kyle Hendricks agree to four-year extension
The Chicago Cubs have locked up one of their starting pitchers, coming to terms on an extension with hurler Kyle Hendricks.

MLB // 1 year ago
Chicago Cubs host Colorado Rockies in NL Wild Card Game
In the matter of just a few hours, the Chicago Cubs went from being tied for the best record in the National League to playing for their baseball lives. 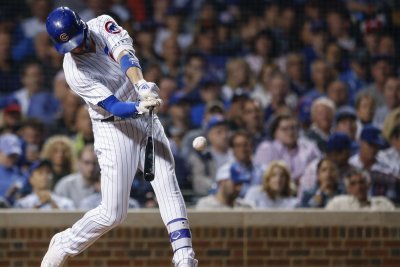 MLB // 1 year ago
Cubs closing in on division title as they host Cardinals
For many years, the Chicago Cubs had to look up to find their rival St. Louis Cardinals in the standings.

MLB // 1 year ago
Jameson Taillon gets one last hurrah in 2018 as Pirates, Reds meet
The Pittsburgh Pirates won't play in October this season, but they think they've found a staff ace who can get them there in the future.

MLB // 1 year ago
Cubs want to keep focus while Pirates hope to play spoiler
When Cole Hamels joined the Chicago Cubs earlier this season, the veteran starter didn't expect he would take on such a vital role.

MLB // 1 year ago
Cubs return home to face Reds
CHICAGO - The Chicago Cubs will return home after a one-day road trip that may leave them weary after a long but satisfying win.

Colbert Michael "Cole" Hamels (born December 27, 1983 in San Diego, California) is a left-handed starting pitcher for the Philadelphia Phillies. Hamels throws a four-seam fastball, a circle changeup, a curveball, and a cut fastball, which he added in 2010. He was named Most Valuable Player of the 2008 World Series and National League Championship Series after posting a 4–0 record in the playoffs.

Cole Hamels attended Rancho Bernardo High School in San Diego, California. According to Tony Gwynn, a lot of scouts were interested in Hamels while he was pitching for RBHS because his fastball was clocked as high as 94 mph as well as his advanced secondary offerings. However, he broke his pitching arm in his sophomore year, so teams, including the San Diego Padres, lost interest. Nonetheless, Hamels was drafted in the first round of the 2002 Major League Baseball Draft by the Philadelphia Phillies, who held the 17th overall selection.

Hamels began his professional baseball career in 2003, pitching at Single-A Lakewood. Later that season, he was promoted to Class-A Advanced Clearwater. After the 2003 season, Hamels received the Paul Owens Award as the best pitcher in the Phillies' minor league system.

FULL ARTICLE AT WIKIPEDIA.ORG
This article is licensed under the GNU Free Documentation License.
It uses material from the Wikipedia article "Cole Hamels."
Back to Article
/