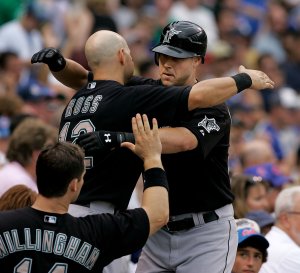 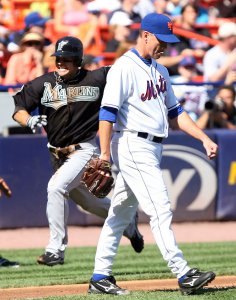 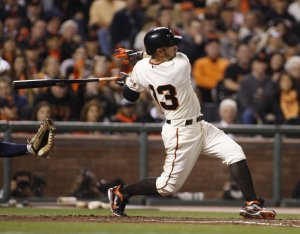 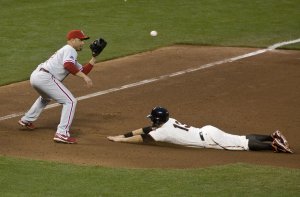 Ross was born in Portales, New Mexico, and played high school baseball in Carlsbad, New Mexico. In his early life, he wanted to be a rodeo clown, with his father being a professional bull rider.

Ross was drafted by the Detroit Tigers in the fourth round of the 1999 Major League Baseball Draft. In 2003, Ross was named the Tigers Minor League Player of the Year. The following offseason, he was traded to the Los Angeles Dodgers for pitcher Steve Colyer.

FULL ARTICLE AT WIKIPEDIA.ORG
This article is licensed under the GNU Free Documentation License.
It uses material from the Wikipedia article "Cody Ross."
Back to Article
/